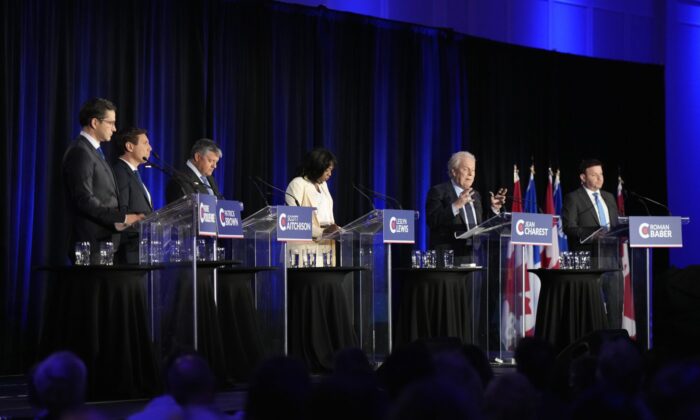 The Conservative Party of Canada is pushing ahead with a third leadership debate, telling members to tune in Aug. 3.

The party informed members of the date in an email Thursday night after contender Pierre Poilievre said he wouldn’t go and another hopeful, Leslyn Lewis, expressed reservations.

Poilievre’s campaign says he is focused on getting supporters to send in their ballots by the September deadline, while Lewis says she has a full schedule of meetings with members.

Under party rules, candidates must attend official party debates or risk a $50,000 fine.

A party spokesman says the debate format remains under discussion.

Campaigns expect the event to be held in Ottawa.