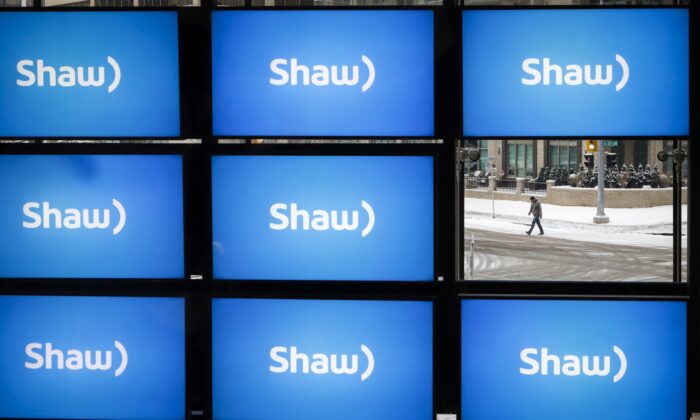 The Competition Bureau has filed an application to block Rogers Communications Inc.’s purchase of Shaw Communications Inc. because it claims the transaction would lead to worse service and higher prices, though experts say the move isn’t necessarily the end of the road.

The federal regulator is asking the Competition Tribunal to prevent the $26-billion deal from proceeding and seeks an injunction to stop the two companies from closing the deal until the bureau’s application can be heard.

The merger will lead to “higher prices, poorer service quality and fewer choices,” the bureau said, particularly in the wireless sector, where Rogers, Bell and Telus Corp. currently serve about 87 percent of Canadian subscribers.

The bureau’s investigation into deal, which the companies reached in March 2021, determined the proposed acquisition will eliminate “an established, independent and low-priced” competitor in Shaw-owned Freedom Mobile. It would also prevent existing competition in wireless services in Ontario, Alberta and British Columbia and suppress further competition in areas like 5G.

“Eliminating Shaw would remove a strong, independent competitor in Canada’s wireless market—one that has driven down prices, made data more accessible, and offered innovative services to its customers,” said Matthew Boswell, the commissioner of competition, in a statement.

He and the bureau argue that Shaw has “consistently challenged” the Big Three telecommunications companies.

Shaw now provides wireless services to over two million customers in Ontario, Alberta and B.C., its wireless subscriber base has recently doubled and data prices have decreased, where they had previously increased year-over-year, the bureau said.

Rogers and Shaw, which revealed the bureau’s intentions over the weekend, have already announced they plan to press ahead with the deal and fight the commissioner’s efforts to block it.

Both companies said Monday that they will also continue to work constructively with regulators to reach a resolution that would include the sale of Shaw’s wireless business.

“The Competition Bureau has stated that there must be a continuation of a vibrant and competitive wireless market. We agree, and to that end, we are engaged in a process to divest Shaw’s Freedom Wireless business in its entirety,” said Chloe Luciani-Girouard, director of media relations at Rogers, by email.

She said the company is also prepared to defend the transaction before the Competition Tribunal, and will be filing a formal response in due course.

Shaw spokesman Chethan Lakshman said in an email that the company remains resolute in completing the transaction.

“We are focused on working closely and constructively with the Competition Bureau. A negotiated settlement that involves the divestiture of our wireless business is the best and most logical outcome.”

The Innovation, Science and Economic Development Canada, which has yet to approve the deal, could also block the transaction from moving forward, though the Canadian Radio-television and Telecommunications Commission signed off on it earlier this year.

Analysts also doubt the bureau’s opposition will be much of a roadblock.

“Despite this apparent twist in this process, we continue to believe the probability of a deal ultimately getting approval remains high,” RBC Capital Markets analyst Drew McReynolds said, in a note to investors Sunday.

He thinks there will be a number of things Rogers can do to address the bureau’s concerns and push the deal forward.

“We do not believe the commissioner’s application is an indication that the Rogers-Shaw transaction cannot be remedied, and continue to believe that the Competition Bureau is focused on the nature of the remedy package rather than outright prescribing who that remedy partner should be,” he wrote.

The bureau also has a “very bad track record in terms of winning cases,” said Vass Bednar, executive director of the Master of Public Policy in Digital Society program at McMaster University.

She pointed to the bureau’s move last year to try to block Secure Energy Services Inc.’s proposed acquisition of Tervita Corporation to protect competition in the oil and gas waste services sector in Western Canada.

The competition tribunal found “irreparable harm to the competitive process and to purchasers of the services … has begun to occur,” but let the merger move forward anyway because Boswell could only meet two of the three conditions needed to stop or even pause a deal.

Boswell had “egg on his face,” said Bednar, who believes that could happen again because she sees the case as being an “uphill battle” with the “odds stacked against him.”

However, she said even opposing the deal shows the bureau has been “doing its homework,” which may have shocked Rogers and Shaw.

“I think the Rogers, Shaw lawyers underestimated the bureau’s teeth and capacity. …They thought this is going to go through and let’s high five,” Bednar said.

“I think think they were presumptuous and seem genuinely surprised it will be opposed.”

Rogers and Shaw have 45 days to file a response with the Competition Tribunal. Once those responses are received, the bureau must respond within 14 days.