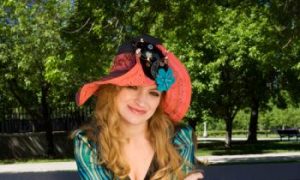 Theater Review: 'Tell Me on a Sunday'
0 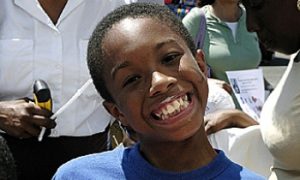 Harlem Week Exhibits the Unique Culture of the Community
0 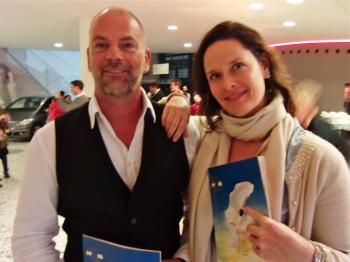 By Epoch Times Staff
Print
THE HAGUE, Netherlands—An entertainment marketing consultant for many years, Paul Eggles would know a thing or two about "authenticity," his description of the acclaimed classical Chinese dance and music show presented by the Shen Yun Performing Arts Touring Company.

Based in New York, Shen Yun’s portrayal of China’s 5,000-year-old traditional culture, staged at The Hague’s Lucent Danstheatre on Tuesday, April 12, has at its heart to renew the divinely-bestowed true Chinese traditions, destroyed in a few decades by the communist regime.

“What really stood out for me was the authenticity,” Mr. Eggles said. “Authentic China, or as I imagined ancient China to be—traditional. The [elegant] mannerisms and movements … That really caught my attention, a real authentic Chinese feeling,” he elaborated.

This authenticity, Mr. Eggles said, was also displayed in the hundreds of handmade costumes and head-pieces spanning many dynasties, regions and ethnic groups.

“Yes, the traditional costumes as we know them … the hats, the veils and the monks’ [costumes],” Mr. Eggles mused.

From what he knew of China, he said, Chinese people are good at synchronization, like in gymnastics. “Everything goes in perfect unison and timing …

Classical Chinese dance has a vast training system and is a dance form still mostly new to the West, the Shen Yun website says. It also suggests classical Chinese dance carries the essence of Chinese cultural expression in its movements, postures, and aesthetics. In its early years, the dance was passed down primarily in the imperial court and as part of ancient theater.

Mr. Eggles also gave credence to the emcees who guided the audience from one stage scene to the next, translating from Dutch to Chinese and vice versa.

He was joined by a colleague, Tanja Adriani, who herself, has spent 15 years as a consultant in the publishing, music and film industries.

Ms. Adriani said the show was “very beautiful, colorful, and diverse. There’s more humor in it than I had anticipated. It’s rich and luxuriant.”

She said the entire performance confirmed her perception of ancient China's artistic traditions, “that it is graceful, with intricate movements, also very stylish.”

She was captivated by the beautiful voice of the soprano and the ground-breaking music of the Shen Yun Orchestra, playing a fusion of Eastern and classical Western instruments.

“Beautiful. The soprano has a beautiful voice,” Ms. Adriani said. “And a nice orchestra, which also added to the experience, to have everything supported by an orchestra. Nice.”

In concluding, she said, “I think it's a magnificent show. Diverse, very nice.”