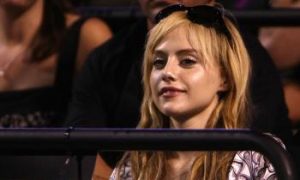 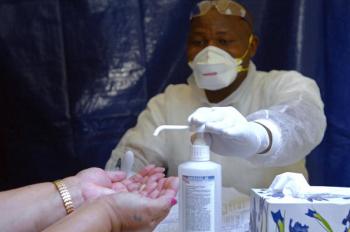 Research suggests bacteria could be incorporated into a nasal spray, water filters and hand washes to prevent viruses from being spread. (Marc Le Chelard/AFP/Getty Images)
Science

Dr. Willy Verstraete from the University of Ghent, Belgium, discussed the findings at the Society for Applied Microbiology meeting.

Thus far, researchers have used the technology to disable the norovirus, which can cause gastroenteritis outbreaks. They are hopeful other viruses, like influenza and the common cold, might also be rendered incapable of causing infections by the silver-studded bacteria.

"We are using silver nanoparticles, which are extremely small but give a large amount of surface area as they can clump around the virus, increasing the inhibiting effect,” Verstraete said, according to the Telegraph.

By attaching tiny amounts of silver, harmful to human health, to the surface of the Lactobacillus fermentum bacteria, the metal can be safely introduced into the body where it remains linked with the bacteria.

Verstraete says this prevents the toxic silver ions passing into other parts of the body, according to the Telegraph. Silver has been linked with damage to organs such as the liver and kidneys when it accumulates to high levels.

The “friendly” bacteria slowly die from the association with the silver but continue to carry the active nanoparticles which can be incorporated into nasal sprays, handwashes and water filters to inhibit viral transmission.

Verstraete has teamed up with Johnson and Johnson, and Janssen to develop the technique for combating other viruses, the Telegraph said. Part of his work will involve searching for suitable bacteria to travel through the gut, bearing the nanoparticles to combat digestive system infections.