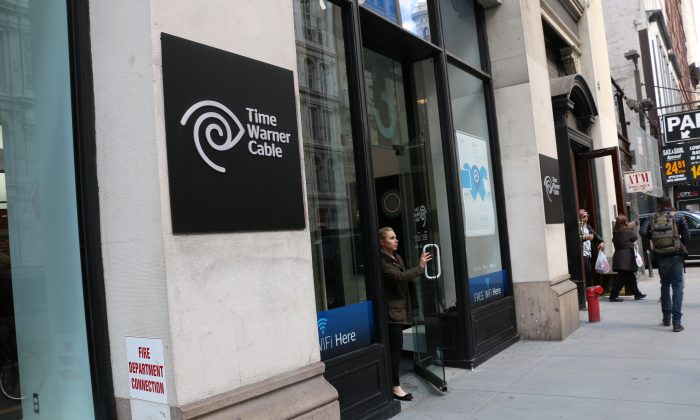 NEW YORK– Comcast and Time Warner executives defended their merger before the Senate Judiciary Committee in Washington on Wednesday. Advocates against the merger and other experts were also invited to testify. The discussion revolved around how the deal will impact consumers in their access to cable and broadband Internet.

Senator Patrick Leahy, Chairman of the Senate Judiciary Committee, lead the hearing on the Comcast, Time Warner merger. Senators on the panel expressed concerns that a merger of this scale may negatively impact prices, service, and content choice for consumers. In response, Comcast reiterated its statement issued the day before on how the merger will benefit consumers.

“When we invest, our competitors invest too,” said David Cohen, Comcast Corp Executive Vice President. “AT&T has already said that our transaction puts a heightened sense of urgency on other companies to invest more in their networks and improve service.”

Cohen also promised faster Internet speeds for Time Warner customers, more programming choices, and a new operating system. He pointed out that since Comcast and Time Warner do not compete in the same geographical market, the merger would not impact customers negatively.

A law professor at the University of Pennsylvania agreed with Cohen’s statement.

“In short, consumers would have the same number of choices of multichannel video providers the day after the merger that they did the day before,” said Christopher Yoo, who specializes in Communication and Computer & Information Science at University of Pennsylvania Law. “The merger should not affect the prices that subscribers pay for cable television subscriptions.”

Yoo added later that in the same logic, the merger also would not affect broadband competition or prices.

It is control over the broadband market that opponents are particularly concerned about. The day before the hearing, over 50 public interest groups, including Public Knowledge, wrote a letter to the Department of Justice and Federal Communications Commission requesting officials to block this merger.

“This merger is, at its core, about broadband, the most profitable and fast-growing segment of the cable industry,” the letter read. “The open Internet brings the promise of meaningful competition as it greatly reduces the gate keep power that incumbent cable, broadcasting and study giants like Comcast-NBCUniversal have historically wielded. But this merger would give Comcast unprecedented control over the Internet.”

In addition, the merger may also spell trouble for independent networks and programmers. Back9Network, an independent channel that focuses on golf lifestyle, protested the merger, saying it would contribute to an already monopolized market.

“We are up against a distribution system that stifles innovation and consumer choice. It’s dominated by a few large players,” said James Bosworth, Founder and CEO for Back9Network. “We are concerned that this merger may make a bad situation even worse.”

To launch a successful independent network, Bosworth said it must initially be carried on either Comcast or Time Warner, two of the largest video distributors.

Since Comcast bought NBC Universal, it is now one of the largest content providers as well. This means that Comcast can choose not to distribute an independent network’s content if it competes with their own channels.

Senator Al Franken from Minnesota opposed the deal altogether. He was the only senator to do so.

“There is no doubt that Comcast is a huge influential corporation and I understand that there are over 100 lobbyists making the case for this deal to members of congress and our staffs. But I have also heard from over 100,000 consumers who oppose this deal,” said Franken.

“I believe this deal will result in fewer choices, higher prices, and even worse service for my constituents.”

Comcast first announced its $45 billion dollar deal with Time Warner cable back in February. The DOJ and the FCC will ultimately decide if the deal goes though.