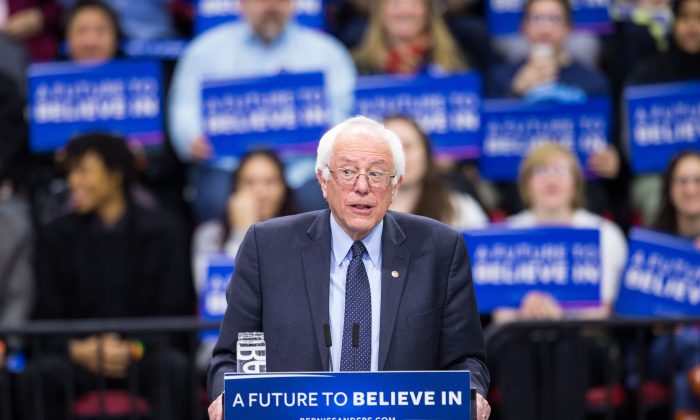 Sanders picks up a delegate after votes are reallocated.
By Steven Klett
Print

Bernie Sanders won the Colorado caucus on March 1, but by a wider margin than originally reported, due to a clerical error. The error came when the state reported the results from ten precincts around the state.

The mistake is relatively small, but the implications are farther reaching when tallying up delegates.

After correcting the numbers, Sanders’s support went from 54 percent to 56.5 percent in Denver county, splitting the delegate allocation in the district 5-3 instead of 4-4.

Even if Clinton gets all 12 of the superdelegates, the state would be a split decision, and those 12 delegates have faced increasingly more pressure to back Sanders. If he gets one of those superdelegates, he will have the majority of the delegates from the state.

Speaker Paul Ryan: I Won’t Try to Steal the Nomination from Trump or Ted Cruz

“It was basically a reporting error on caucus night,” Democratic Party Chairman Rick Palacio said in an interview Monday.

According to the Denver Post, “The problem occurred when a party volunteer at Byers Middle School in Denver punched the wrong vote tallies into the party’s interactive voice response system for the presidential preference poll collected from 10 precincts.”

The Colorado Democratic party discovered the error a week after the caucus, but did not admit to the error until April, and have still not updated their website with the corrected results.

We are obviously pleased to essentially narrow the delegate lead by two delegates, one up and one down, it’s a zero sum game.
— Jeff Weaver, Bernie Sanders Campaign Manager

“We are obviously pleased to essentially narrow the delegate lead by two delegates, one up and one down, it’s a zero sum game,” he said in an interview.

As for the campaigns receiving differing information, Weaver said that it is “certainly disturbing that that information gets sent to one campaign and not to another.”

The Sanders campaign is trailing Clinton in pledged and superdelegate totals. For the pledged delegates, Clinton leads 1,307 to 1,097, and 469 to 31 in superdelegates.