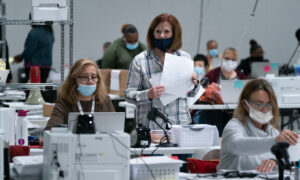 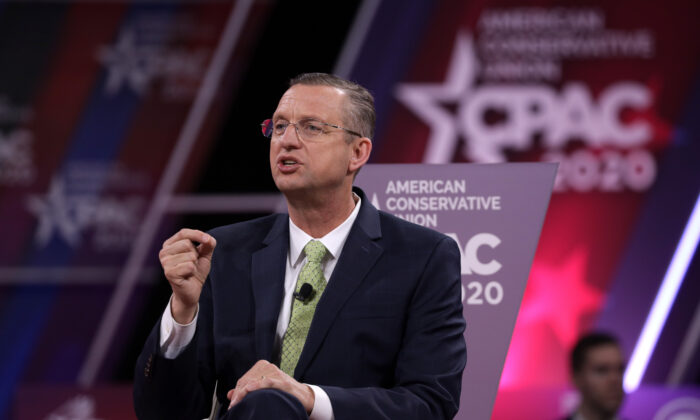 The head of the Trump campaign’s recount effort in Georgia said the Peach State will not be able to properly certify the results of the 2020 presidential election without verifying the voter signatures on absentee ballots and envelopes.

“The hand count process in Georgia MUST include a review of signatures on absentee ballots and envelopes to verify whether the signature verification process was properly executed,” Rep. Doug Collins (R-Ga.) wrote on Twitter on Saturday.

“This is absolutely CRITICAL,” he added. “Without this, Georgia CANNOT properly certify the election results.”

Georgia began a hand recount of the presidential election on Friday. The recount was ordered under a new state law, which requires the secretary of state to audit one race after the election. Georgia Secretary of State Brad Raffensperger chose to audit the presidential race and said the tight margin meant a full hand count was necessary.

“We reiterate our earlier request that this hand count and audit process include review of signatures on absentee ballot applications and envelopes in order to ascertain whether the signature verification process was properly executed by the counties. We believe that a review of the signatures is fundamental to this procedure,” Collins and David Shafer the state chairman of the Georgia Republican Party, wrote in a Nov. 12 letter (pdf) to Raffensperger.

The audit is mandated to be completed by 11:59 p.m on Wednesday with a Nov. 20 deadline for certifying the state’s results on the horizon. After the results are certified, the losing campaign can demand another recount.

Collins and Shafer noted that the number of absentee ballots rejected in Georgia plummeted 3.5 percent in 2018 to 0.3 percent in 2020.

“This raises serious concerns as to whether the counties properly conducted signature verification and/or other scrutiny of absentee ballots. In fact, it presents the issue of whether some counties conducted any scrutiny at all,” Collins and Shaffer wrote.

Trump highlighted the issue in a tweet on Saturday afternoon.

“The hand recount taking place in Georgia is a waste of time. They are not showing the matching signatures. Call off the recount until they allow the MATCH. Don’t let the Radical Left Dems STEAL THE ELECTION!” the president wrote.

The audit is part of a 2019 law that also set out guidelines for the purchase of a new $100 million election system from Dominion Voting Systems. At least three Georgia counties experienced software glitches on Election Day.

The state of Texas rejected the Dominion Voting Systems election machines and software on three occasions. During the most recent audit last year, all six of the examiners advised against the certification of the system. One of the auditors noted (pdf) that “the machines could be vulnerable to a rogue operator.”