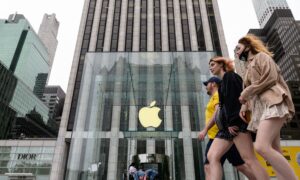 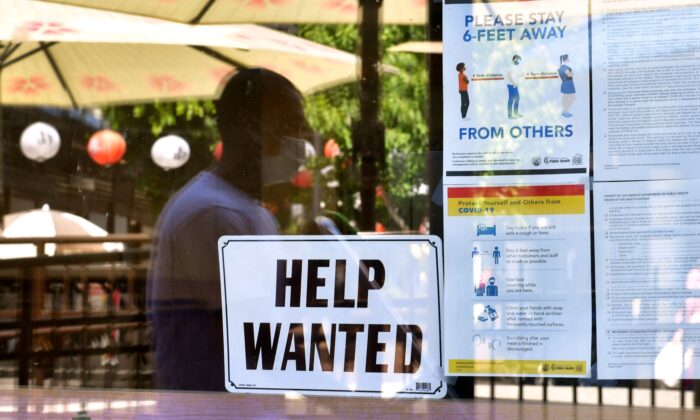 A 'Help Wanted' sign is posted beside Coronavirus safety guidelines in front of a restaurant in Los Angeles on May 28, 2021. (Frederic J. Brown/AFP via Getty Images)
Education

Starting salaries for college graduates are at an all-time high despite the COVID-19 pandemic, according to a recent report from the National Association of Colleges and Employers (NACE).

Technical majors were the highest-paid among the 2020 graduates earning bachelor’s degrees, with the list of the 10 majors offering the highest average starting salary being dominated by those in technical areas.

The figures reported are for base salaries only and don’t include bonuses, commissions, fringe benefits, or overtime rates. The data is based on the 249 schools that provided salary data by specific program or major.

“For example, the increased demand for nurses as frontline workers during the COVID-19 pandemic may have fueled the 2.1 percent increase in the average starting salary for registered nursing majors from $57,416 for these graduates from the class of 2019 to $58,626 for class of 2020 registered nursing graduates.”

The report comes despite many employers facing work shortages and hiring difficulties as the pandemic upended job market dynamics, even as 8.7 million people are officially unemployed.

U.S. employers posted a record 10.1 million job openings at the end of June, the most ever recorded by the Bureau of Labor Statistics since it began tracking job openings in December 2000.

Lack of affordable child care, pandemic-related retirements, fears of contracting COVID-19, and generous federal pandemic unemployment benefits have all been cited as reasons behind the disconnect.

However, with pandemic restrictions being eased, COVID-19 vaccines being rolled out, and federal pandemic unemployment benefits set to expire on Sept. 6, labor shortages could potentially ease.

In an effort to counteract shortages and attract workers, numerous companies, particularly those in the dining and hospitality sector, as well as small-business owners, are increasing pay for employees.

“Small-business owners struggled to find qualified workers for their open positions, which has impaired business activity in the busy summer months,” NFIB chief economist Bill Dunkelberg said in a statement. “Owners are raising compensation to the highest levels in 48 years to attract needed employees.”

Companies such as McDonald’s, Chipotle, and Walgreens Boots Alliance—which will see its starting pay rise to $15 per hour beginning in October—have all opted to raise salaries.

In August, Pittsburgh-based PNC Bank, one of the country’s largest financial services companies, said it was raising its minimum wage to $18 per hour, while also giving higher-paid workers a bump in pay, in what the company described as an “accordion effect” across its branches.

Tom Ozimek continued to this report.