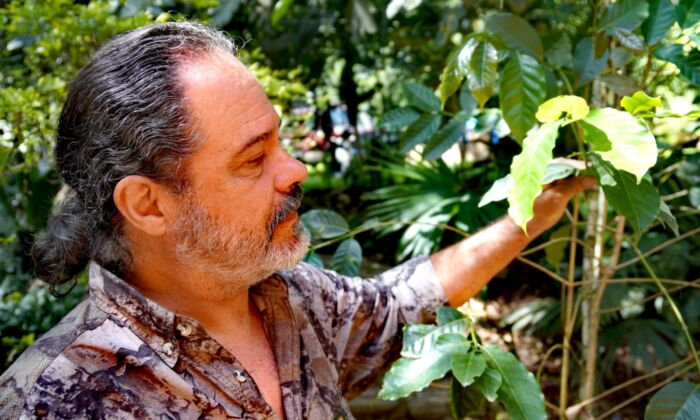 Coffee Shortages in Latin America Spell Trouble for US Consumers

CARANAVI, Bolivia—On the shaded side of a jungle mountain, local coffee farmer Fernando Jordan points to a row of bushes loaded with clusters of red berries.

Jordan’s words strike a chord and reflect one of several problems faced by Latin America’s coffee growers, including a significant spike in demand, supply chain issues, and high operating and transportation costs. The combination of factors has occurred in lockstep with recent production shortages because of poor harvests, particularly in Brazil, the world’s leading grower of the commodity.

Dwindling stockpiles and price increases per cup made the world sit up and take notice in the first half of 2021 as Brazil struggled with the worst year for coffee productivity in decades.

Prolonged drought conditions in South America’s largest country have affected the entire nation’s Arabica coffee crop since the end of 2020, meaning the 2021–22 harvest season was going to be weak even before other factors came into play.

During July last year, frost events also affected farmers’ crops in the Minas Gerais, Sao Paulo, and Parana growing regions of Brazil. That translates to a shortfall of 13.6 million bags of coffee for the 2021–22 season, according to the U.S. Department of Agriculture.

In Honduras, many farmers are giving up on turning a profit from the delicate plant to head north with other migrant caravans bound for the United States.

El Laurel is a village in northeastern Honduras, where Maria Bonilla and her husband cling to the hope of squeezing a profit from their family’s coffee plantation.

“If I didn’t have my mom, I would also go to the United States. … Nobody here is solvent,” she said.

She said her four children had already left the farm and begun the treacherous journey north toward the U.S. border, choosing the life of an illegal immigrant over operating the family’s struggling coffee farm.

Nearly 5 million people in the region depend on the coffee industry for survival, according to the Central American Integration System. Yet waves of migrants have renounced their profession due to the high cost of doing business, and low yields.

Sam MacCuaig of Keynote Coffee in the United Kingdom connects roasters to artisanal producers of “specialty, certified, and high commercial coffees” in different regions. He said the pandemic had a devastating effect on growers because of heavy reliance on sea freight shipping.

“Thanks to COVID-19, the freight industry collapsed, and shipping companies reduced their capacities,” MacCuaig said.

Overall, the global coffee industry is forecast to drop by 8.5 million bags this season, which offsets a boost in exports from Vietnam, the world’s second-largest bean producer by volume.

Coffee prices hit a 10-year high by December 2021. In a stroke of unfortunate timing, demand for the beverage has reached its highest point in two decades as of March 15 this year.

While the resultant price inflation from skyrocketing demand and supply shortfalls doesn’t help consumers, Jordan said he’s able to sell his heirloom strain of coffee for a good price.

Jordan cultivates a strain of Ethiopian Arabica that was brought to Bolivia during colonial times by the Spaniards. It now grows in the fertile Yungas valley, situated on the opposite side of the Andes from La Paz.

Between the two mother strains of coffee, Arabica and robusta, more coffee fans prefer Arabica due to its lower acidity and complex flavor profile.

The highly sought-after Geisha coffee, a type of Ethiopian Arabica strain that is cultivated in the Bolivian Yungas region, has a price tag of up to $110 per cup in cafes. At a 2018 auction, Geisha coffee beans from an artisanal grower in Costa Rica sold for $803 per pound.

Minneapolis-area resident and coffee lover Misty Kaiser told The Epoch Times that even major staple brands of coffee such as Starbucks and Caribou have increased their prices.

“It’s across the board in normal stores too, like Target. It’s not just specialty roasters,” she said.

Since the end of 2019, Kaiser noticed a gradual increase in the Costa Rican blend she bought at a Twin City-area roaster. By the end of 2020, the price increase was obvious everywhere.

“The price per bag from the roaster went up nearly $2 even before the pandemic.”

Noticeable demand increases began putting pressure on coffee growers in 2019, which arrived on the heels of historic droughts that hurt farmers in countries like Honduras and Brazil.

And the prices aren’t likely to go down anytime soon.

Production in Colombia, which is the world’s second-largest producer of washed mild Arabica beans, is already faltering this year. As of March, the number of bags produced is down 13 percent compared to the same time last year, because of exceptionally heavy rains in the growing season.

In the past 12 months, Colombia’s total coffee output has fallen by 16 percent.

Jordan partly attributes that to a universal truth among his fellow growers: Coffee is an extremely fragile plant.

The crop is highly susceptible to aggressive fungal infections and wild temperature swings, and also requires special conditions like high elevation and a lot of shade in order to grow properly.