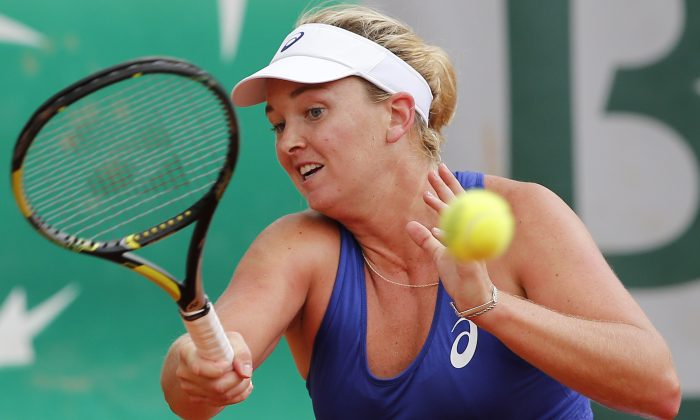 The final will be shown delayed in the United States on the Tennis Channel, starting at 4:30 p.m. EDT.

The match will also be broadcast on NOS and Sport 1 in the Netherlands.

Live streaming will be available via WTA or TennisTV.

Vandeweghe of the United States, unranked in the tournament, took out No. 7 Klara Koukalova (6-4, 6-2) in the semifinals after taking out No. 7 Garbine Muguruza in the quarterfinals (7-6, 6-1).

Zheng of China is also unranked. She faced all unranked opponents except for No. 4 Carla Suarez Navarro, who dropped out of the second round match.

She is in her first WTA final in 2.5 years. Zheng won in her last final appearance in Auckland, New Zealand, in 2012, for her fourth career title.

Vandeweghe beat 2005 champion Klara Koukalova 6-4, 6-2 with nine aces. The American has a 1-1 record against Zheng and will play in only her second final, looking for her maiden title.

On the men’s side,

Third-seeded Roberto Bautista Agut of Spain emerged victorious from a marathon day at the grass-court Topshelf Open, advancing to the final with a 4-6, 6-2, 7-6 (4) win over Juergen Melzer of Austria.

Both players played twice Friday, finishing quarterfinals that had been suspended because of rain and darkness.

Bautista Agut will play for his second ATP title after losing to Janko Tipsarevic in Chennai in 2013. He faces Benjamin Becker of Germany in the final.