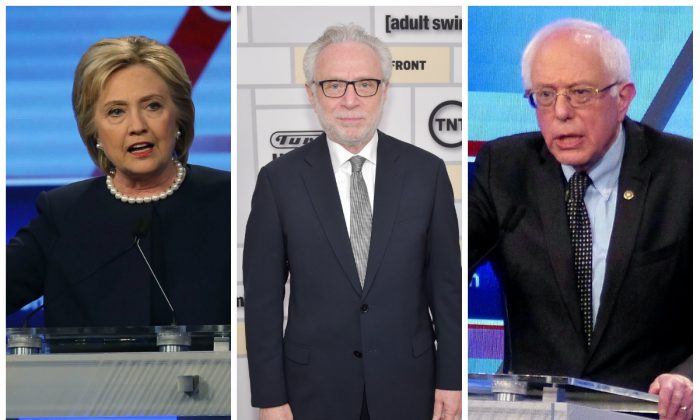 Wolf Blitzer is set to moderate a debate in New York with Hillary Clinton and Bernie Sanders. (Photo by Joe Raedle/Getty Images)
2016 race

Clinton and Sanders Agree to an April 14 Brooklyn Debate

After a few days of negotiations, Hillary Clinton and Bernie Sanders have agreed to a debate in New York City. The date is set for April 14 at the Brooklyn Navy Yard, five days before the New York primary on April 19.

The debate will be moderated by CNN’s Wolf Blitzer and will air on CNN and NY1 from 9 p.m. to 11 p.m.

Prior to the latest developments, the Sanders and Clinton campaigns have been arguing about when to set the date since the Sanders campaign called for a New York debate last month.

Mayor Bill De Blasio helped out the discussion by offering assistance to the Sanders campaign. Sanders had a rally scheduled in Washington Square Park on the 14th, but after the Mayor tweeted his support for working the debate around the rally, the matter was settled.

Let’s make @NY1 4/14 BKLYN debate happen. @BernieSanders: I’ll help you secure any permit you need to ensure your NYC rally can happen too.

This is the first time that the Democratic candidates will square off in over a month for a head-to-head debate. The last debate was the Univision-Washington Post debate in Miami on March 9.

The New York primary is proving to be a fierce battleground between the two candidates—each with roots in the state—Clinton was senator of the state for two terms, and Sanders was born and raised in Brooklyn.