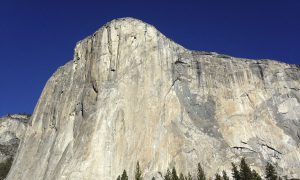 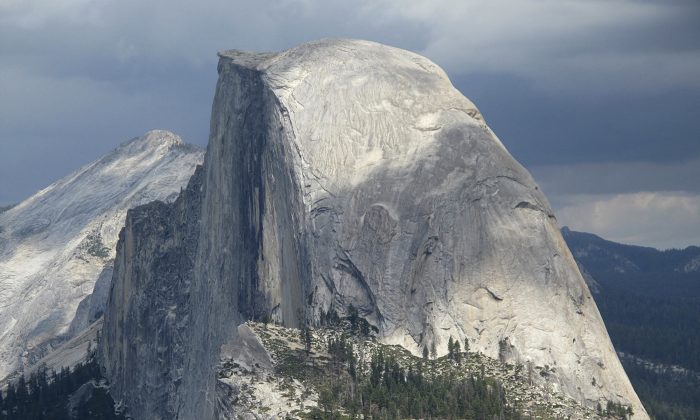 This August 2011 file photo shows Half Dome and Yosemite Valley from Glacier Point at Yosemite National Park, Calif. About six miles away, climbers Kevin Jorgeson and Tommy Caldwell are roughly halfway through an ascent of another famous Yosemite cliff: El Capitan. The free climb they are attempting on a half-mile section of exposed granite is considered one of the hardest rock climbs in the world. (AP Photo/Tracie Cone)
Sports

YOSEMITE NATIONAL PARK, Calif.—Two Americans who completed what had long been considered the world’s most difficult rock climb say they hope their feat inspires others to follow their own passions.

Tommy Caldwell and Kevin Jorgeson became the first to free-climb El Capitan’s Dawn Wall in Yosemite National Park. They used ropes and safety harnesses in case of a fall but relied only on their hands, feet and strength to reach the 3,000-foot summit.

Both said Thursday, a day after finishing their historic ascent, that they were overcome with emotion that so many people found their journey inspirational.

Jorgeson says the climb should show people to use teamwork and never give up on their dreams.