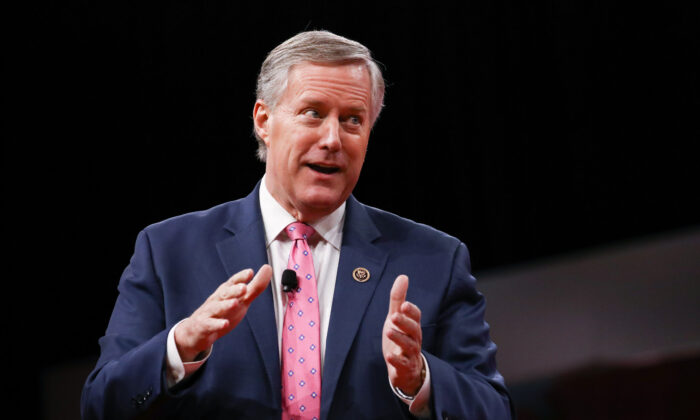 WASHINGTON—Senate and House Republicans appear to be at loggerheads about whether to reform the Foreign Intelligence Surveillance Act (FISA) before or after the controversial law at the heart of the “Spygate” scandal is reauthorized.

Amid frenzied budget negotiations, an obscure provision in the Nov. 18, 2019, measure to keep the government open also extended FISA’s expiration, from the end of 2019 to March 15, 2020.

That delay has set up a simmering feud among congressional Republicans.

Attorney General William Barr lit the match Feb. 25 when he told Senate Republicans that he favors a “clean” FISA reauthorization that preserves key controversial surveillance provisions, including highly intrusive bulk metadata collections based on telephone records of individuals within and outside the United States.

Barr said he thinks sufficient reforms can be implemented administratively rather than going through a legislative process.

First, Paul wrote in a tweet shortly after Barr spoke:

“A.G. Barr advocating for ‘clean renewal’ of Patriot Act without any legislation to reform FISA is a disservice to @realDonaldTrump and should be roundly defeated. The secret FISA court should be forbidden from allowing spying on political campaigns ever again—period!”

“At the Senate GOP lunch today, I made a long case against a simple reauthorization of the FISA program. Some are arguing the program needs no reform and that DOJ can put in place internal quality control mechanisms. That’s not good enough.”

On Feb. 26, Paul said President Donald Trump told him he also opposes a clean reauthorization, and the president’s most visible supporters among House Republicans fired off, led by Rep. Mark Meadows (R-N.C.), who wrote:

“Former FBI officials in 2016-17 gravely abused the FISA process and lied to the FISA court 17 times Now, some members of Congress want to do a clean reauthorization of FISA anyway Totally unacceptable. Should NEVER happen.”

“Comey’s FBI misled the FISA Court 17 times. We can’t simply reauthorize the system that allowed those lies and omissions to happen. Now is our chance to fix it.”

Caught in the middle are Senate Judiciary Committee Chairman Lindsey Graham (R-S.C.), who has declared his intention to hold hearings on FISA reforms, and 11 other Republicans on the panel.

Asked Feb. 27 by The Epoch Times where Graham stands on the issue, Taylor Reidy, the Judiciary chairman’s spokesman, said, “He hasn’t said anything about a clean reauthorization.”

There are presently no hearings on FISA reforms on the judiciary schedule between now and March 15, but that doesn’t mean nothing is happening.

Graham told Fox News’ Maria Bartiromo on March 1 that he will hold hearings focusing on who in the FBI knew what and when regarding the government’s investigation of allegations that members of Trump’s campaign staff colluded with Russian interests to swing the 2016 election against former Secretary of State Hillary Clinton:

Bartiromo: “So, just to be clear, are we going to see those testimonies in your committee within the next two weeks?”

Graham: “You’re going to have people interviewed by my staff and others to find—get the foundation. Before I call McCabe and Comey, I want to find out exactly what happened.”

How the other Judiciary Republicans may vote remains up in the air, based on a survey Feb. 26 by The Epoch Times. Spokesmen for the 11 other GOP members of the committee either didn’t respond to the request for comment, or said their bosses were undecided.

Meanwhile, on the House side, Rep. Doug Collins (R-Ga.), another highly vocal Trump supporter, told political activists gathered near the nation’s capital for the Conservative Political Action Conference that he’s in no mood for delaying FISA reforms.

“We have got to look at ways to make this a process that can’t be politicized, and we’ve also got to make where it can still be used,” Collins told conference attendees.

“I’m promising you here, I’ve told our conference this, and I said this out loud yesterday when I was furious that they stopped this markup: I am not going to trade off the easy extensions for not doing anything with FISA.”

He was referring to a House Judiciary Committee markup of FISA reforms that was stopped earlier in the week by committee Chairman Rep. Jerrold Nadler (D-N.Y.).

“We have to do something with FISA, and the House needs to do it, and the Senate needs to take it up, and we need to send it to the president so we know that this will not happen again,” Collins said.

Given Trump’s opposition to a clean reauthorization now, supporters of the move are most likely to try to attach it to legislation that the president normally would be unlikely to veto.

The coronavirus emergency supplemental funding measure now working its way through Congress reportedly looks like the most suitable option for such action. But House Republicans won’t be pleased.

And the biggest question mark is Trump, who early on Feb. 27 retweeted Jordan’s demand for FISA reform now.