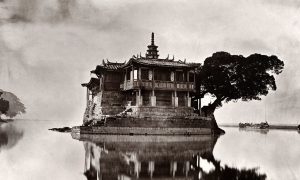 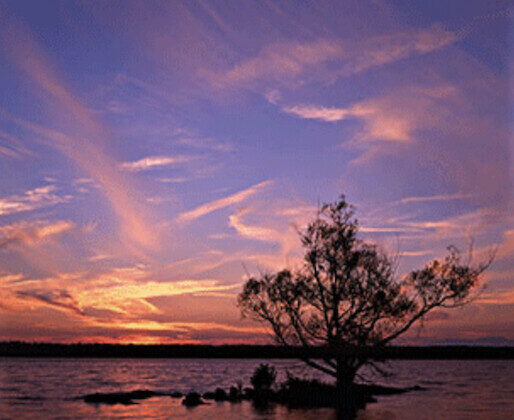 The design principle of the rule of thirds, may make for pretty pictures, but it doesn’t help create great art. (CC-BY-SA-2.5)
Fine Arts & Craftsmanship

A couple of years ago in Vancouver, Canada, I was working with Mathias Magnason, an award-winning Swedish director and filmmaker based in New York. He was interviewing a luxury show’s lead designer at one of his projects, a home under construction. Magnason told the cameraman to set up the shot. The cameraman did so, and then walked off to plan the next shot.

Magnason reviewed the frame, and as politely as possible tried to hide his grimace. I asked him what was wrong.

He said something to the tune of, “A lot of cameramen today, they haven’t studied the ancient principles.”

Of course, not being a filmmaker myself, I couldn’t see any problems. The lighting and composition of the shot looked great to me. Though the foreground and interviewee looked good, Magnason pointed out the two-by-fours from the construction in the blurred-out background that were lightly slicing through the interviewee’s head behind him.

He explained “figure-ground relationship,” a principle in classical painting that was used by the maestros of the Renaissance, such as Michelangelo and da Vinci. At its most basic level, you want to create a clean space around the subject matter.

For example, if it’s a close-up of a face, you don’t want things running through the shape of the face in the background, Magnason explained to me in a phone interview.

“I’ve had some really serious arguments with other photographers about these concepts,” Magnason says. “The crazy thing is that they don’t teach these things in film school.”

While film schools do emphasize lighting, for example, Magnason believes they miss 50 percent of the shot—how all the elements behind the character create the shot.

“When you see the Renaissance paintings, it’s not just the light; it’s the placement of objects, and it’s what’s going on in the background, the relationship between everything in the frame,” he says. “It’s not just how the light falls onto the face or shape of the person.”

Magnason emphasizes that he is by no means a master at these Renaissance art principles. He began to explore these concepts after an editor ripped into his direction and composition during the shooting of a TV series on culture.

“I thought my shots were quite nice, according to what I had learned from film school,” he recalls. He thought the lighting was “very juicy for television.” The editor disagreed; she said, for example, that the face needs to be the lightest part of the image.

“Really? Where did you get that from?” Magnason asked.

“From painting,” she replied. She had studied classical painting before going into TV.

Magnason admits that her critique was hard to hear, but he began to research classical painting techniques online and discovered the book “Canon of Design: Mastering Artistic Composition” by Tavis Leaf Glover. Glover also has an informative website loaded with articles and videos illustrating these ancient principles of visual art that apply to painting, drawing, sculpture, and now film.

“[Her critique] opened a door for me,” Magnason says. “This is a whole other world. I was so happy, actually. If you really spend time and dive into these concepts, when you create a shot, there will be much more depth and harmony.”

The Rule of Thirds Is a Dead End

One of Glover’s most popular videos on YouTube is called “The Rule of Thirds – 10 Myths [Powerful Techniques].” His video description reads, “The rule of thirds is a horrible tool for us to use when mastering composition is our goal.”

The Rule of Thirds (ROT) is a guideline for composing visual media, such as photos, paintings, and films. The image is divided into nine equal parts by two equally spaced horizontal lines and two equally spaced vertical lines. Important compositional elements should be placed on these lines or their four points of intersection. It’s such an industry standard for film that the camera equipment comes with a ROT grid to place over the image to help compose the shot.

Glover describes ROT as “flawed” and “lazy,” on his website. While the principle can work for very simple shots, it breaks down when adding complexity and additional compositional points of interest. For example, what if there are multiple people? How do you position their arms, legs, clothing, bodies, or gaze?

“It’s like a tool set. With the Rule of Thirds, you have a hammer, a nail, a handsaw, a little drill, and you’re super happy,” Magnason explains. “But when you get to these theories [he learned from Glover], you have the equipment to build the Eiffel Tower.”

Glover instead promotes the compositional theory of “dynamic symmetry.” Simply put, it’s a grid system for visual art to help its composition. Diagonals, verticals, and horizontal patterns can be used to create a sense of rhythm and unity throughout the image, regardless of the visual medium, be it painting, sculpture, or film. Glover learned many of these design philosophies from artist and teacher Myron Barnstone, though the concepts themselves are as old as creation itself.

“[Man] discovered there was order in everything he examined: plant forms, the intervals between the bones in your hands and all of your skeleton, the proportions of your face,” Barnstone said in an online lecture available through subscription. “So [men] built their temples, the effigies of their gods, and the altars, the costumes of their priests, and all of their rituals around ratios that were found in nature.”

While dynamic symmetry can be as complex and intricate as the layered biology of living organisms, it can also be simplified to its building blocks. In Glover’s YouTube video “Dynamic Symmetry – How to Keep it Simple in the Beginning [Great Tips],” he warns in the description: “Baby steps are the key to understanding and applying dynamic symmetry to your photography, painting, sculpting, and cinematography. It can be used in any visual art, but we must start slowly. Otherwise, we’re likely to get overwhelmed, frustrated, and dispose of the value it provides.”

In this video, Glover breaks down dynamic symmetry to its simplest line: the “Baroque diagonal.” It’s the diagonal line going from the bottom left to the top right corner. If you’re shooting film, you can position a beach and ocean along this diagonal, for example, which gives a harmonious, pleasing feel since we read from left to right.

Magnason explains that shooting video and film has its own unique set of challenges since the setting, environment, and sunlight actively change throughout the day and you’re under constant time pressure. So, he’s just tried to master a few of these Renaissance techniques that Glover teaches.

“It’s made my shooting so much more interesting because now the possibilities are endless. Before it was very, very limited,” Magnason says. “If people don’t want to learn about it, that’s up to them. I just want to get better at what I’m doing.”