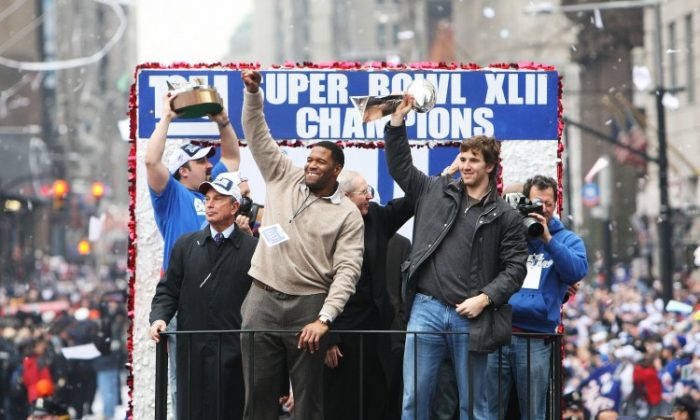 NEW YORK— In celebration of the New York Giants’ victory in the 46th Super Bowl on Sunday night, the city will host a parade today in Lower Manhattan.

The parade will begin at Battery Place and Washington Street at 11 a.m. and end with a ceremony at City Hall Plaza. Mayor Michael Bloomberg will present the NY Giants with keys to the city.

The parade is open to the public. The following ceremony will require tickets that are distributed by city councilors and other elected officials. Three large screens around City Hall will allow the public to watch the ceremony.

The Giants defeated the New England Patriots once more, following their victory in the 42nd Super Bowl in 2008. This is the fifth time the Giants have won the Super Bowl Championship.