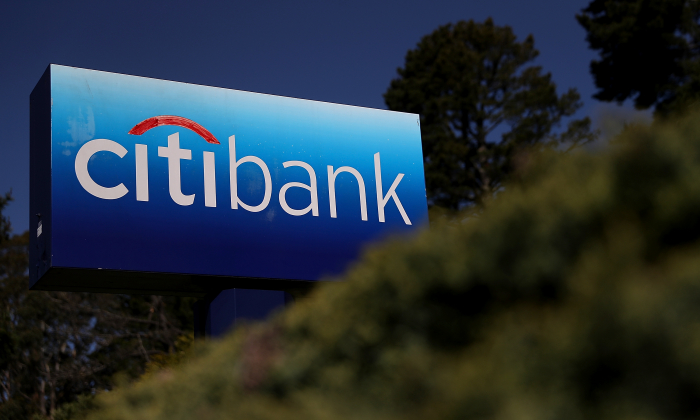 A sign is posted in front of a Citibank office in Mill Valley, Calif., on April 13, 2018. (Justin Sullivan/Getty Images)
Companies

NEW YORK—A federal judge on Tuesday said Citigroup is not entitled to recoup half a billion dollars of its own money that it mistakenly wired lenders of Revlon, in what he called “a banking error of perhaps unprecedented nature and magnitude.”

U.S. District Judge Jesse Furman in Manhattan said the Aug. 11, 2020, transfers were “final and complete transactions, not subject to revocation.”

Citigroup plans to appeal. “We believe we are entitled to the funds and will continue to pursue a complete recovery of them,” a spokeswoman said.

The blunder was the latest misstep involving internal controls at Citigroup, which federal regulators fined $400 million in October over longstanding deficiencies.

Acting as Revlon’s loan agent, Citigroup had wired $893 million to the cosmetic company’s lenders, appearing to pay off a loan not due until 2023, when it intended to send only a $7.8 million interest payment.

The New York-based bank blamed human error for the gaffe, and some lenders returned money they were sent.

The bank said Revlon’s lenders knew or should have known the transfers were a mistake, and that Revlon, controlled by billionaire Ron Perelman, could not afford such a big payment.

But in a 101-page decision, following a six-day trial in December, Furman said the transfers were a “discharge for value,” matching “to the penny” what the lenders were owed.

“The non-returning lenders believed, and were justified in believing, that the payments were intentional,” Furman wrote. “To believe otherwise—to believe that Citibank, one of the most sophisticated financial institutions in the world, had made a mistake that had never happened before, to the tune of nearly $1 billion—would have been borderline irrational.”

In a joint statement, the lenders’ lawyers Adam Abensohn and Robert Loigman said they were “extremely pleased” with the decision.

Industry groups have said a ruling against Citigroup could expose banks to excessive liability risks.

The Loan Syndications and Trading Association, whose roughly 530 members include Citigroup and some Revlon creditors, said such a ruling could destabilize the $1.2 trillion U.S. syndicated loan market.