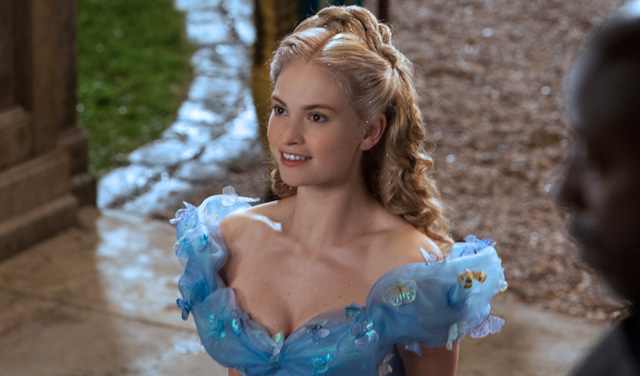 This coming Friday March 13, Walt Disney Pictures is set to release a long past due live action production of the beloved fairy tale “Cinderella.”  Set to open in 3845 theaters in the United States and globally.   350 screenings will be in Imax theaters and another 300 will be on other large format screens.

The past two weekends have brought about a box office slump for the film industry which beckons Disney’s “Cinderella” to boost the industry slump via capitalizing on the young audiences who are set to be out of school on spring break.

It’s reported that 17% of all schools K through 12 will be out this coming Friday.  As well 27% of the college population will also be on break.  Directed by Sir Kenneth Branagh, the much anticipated new Cinderella stars Lily James (“Downton Abbey”) in the leading role of Cinderella. Cate Blanchett will co-star as the unsavory stepmother, and the debonair Richard Madden ( “Game of Thrones”) seems to be accurately cast in his role as The Prince.

Ricarhd Madden stars as The Prince

Return estimates are high for the reformation of this Disney classic. Projections indicate that the production will yield between 50-60 million dollars its opening weekend, and another 60 million in their other 31 markets.  Disney will be opening theaters to previews tomorrow night, hoping to rope in the couples and dating demographic as well as the youth demographic.

Rated PG, this new live production of Cinderella will run 115 minutes and is promoted as not being our grandmother’s “Cinderella.”  Expect to see a production that will handily appeal to the adult set.  Your children won’t have to drag you to the theater… you’ll be sneaking off on your own