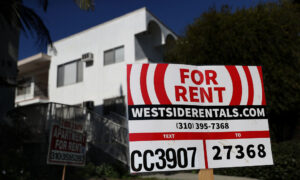 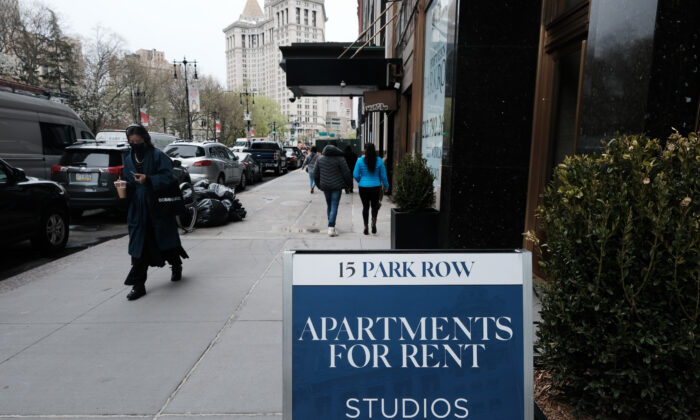 Apartments are advertised in an area of lower Manhattan on April 16, 2021. (Spencer Platt/Getty Images)
Economy

Cincinnati Tops List of Cities Where Renters Can Afford to Live Alone in 2021: Report

Cincinnati has once again topped the list of major U.S. cities where renters can afford to live alone, according to a recent report.

SmartAsset, an online resource for personal financial advice, said in its most recent annual report on the most affordable cities for solo renters that Ohio’s third most populous city not only has the fifth-lowest average rent ($612 per month) for a unit with fewer than two bedrooms, but it also offers renters relatively low living costs at $22,721 per year.

With two cities each in the top 10, Nebraska and Kentucky were the top states for solo renters, according to the study. The two Nebraska cities—Omaha and Lincoln—and the two from Kentucky—Lexington and Louisville—had an average rent cost for units with fewer than two bedrooms of $724 per month, while the average annual cost of living was less than $24,000 per year.

The study compared the 100 largest cities in the United States across five metrics, including average rent for smaller units—the kind preferred by solo renters—as well as the cost of living, median earnings, unemployment rates, and the percentage of housing units with fewer than two bedrooms.

Cincinnati, which took the top spot for the fourth consecutive year, had an unemployment rate of 4.6 percent in April 2021, while more than 28 percent of its occupied housing units have fewer than two bedrooms, according to the report.

The report comes as the cost of renting a home continues to rise in the United States, as more people return to work in metro areas, boosting demand for rental apartments. While rents dropped significantly across the country during the pandemic, as of June, the median national rent was up by 8.4 percent year-over-year, according to Apartment List, an online rental marketplace.

The most recent inflation data provided by the Bureau of Labor Statistics (pdf), released on July 13, showed hotter-than-expected June inflation, with the consumer price index (CPI) rising by 0.9 percent month-over-month in June, hitting at a 13-year high. In the 12 months through June, inflation was up by 5.4 percent, the largest 12-month increase in the measure since 2008.

Republicans, and some economists, have been raising the alarm about inflation, while the Biden administration has insisted the upward price pressures are transitory and will fade as the pandemic-related supply chain dislocations get ironed out.