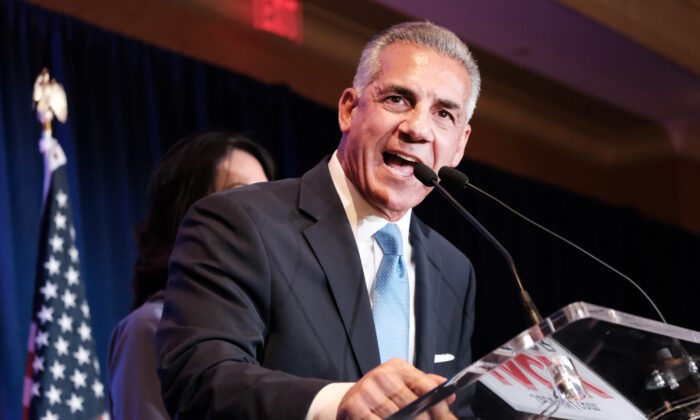 As of Thursday, Murphy leads Ciattarelli by nearly 74,000 votes with all votes counted, stated NJ.com, citing The Associated Press. Murphy received 51 percent of the votes while Ciattarelli got 48 percent, according to NJ.com.

On Monday, Murphy called on his challenger to concede saying, “When it’s mathematically impossible to win, I think it’s dangerous” to not concede, reported the New Jersey Globe.

On Nov. 3, The Associated Press declared the Democrat governor winner, with 98 percent of precincts reporting and with more than 2.3 million votes cast.

Tallying votes in New Jersey took longer than expected as the state implemented this year new technology to support the election, including new voting machines. For example, in Paterson, election officials could not count ballots because they accidentally locked the machines, according to the New Jersey Herald.

In Newark and some other New Jersey cities, poll workers in 56 districts did not count votes due to “poll worker error,” reported the New Jersey Herald. A judge order was needed to reinstate their access to the machines.

Ciattarelli is a former New Jersey assemblyman, a certified public accountant, a two-time small-business owner, and a lifelong resident of New Jersey.

He campaigned under the banner “Let’s Fix New Jersey.” He told New Jerseyans that, as a governor, he would address the state’s most pressing issues, such as the highest property taxes in the nation, state government overspending, insufficient support for local and state police, and reforming public school curriculum. Ciattarelli also promised to foster business growth and create more jobs in the state.

He campaigned on a range of policies implemented during his tenure as governor, such as tax fairness for middle-class families, minimum wage at $15 an hour, more affordable public education, more child care, Democrat-backed green policies, and legalizing marijuana. His campaign’s slogan was: “It’s about how we move forward.”

The incumbent governor is the first Democrat to win reelection in New Jersey since Brendan Byrne in 1977.