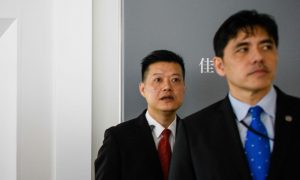 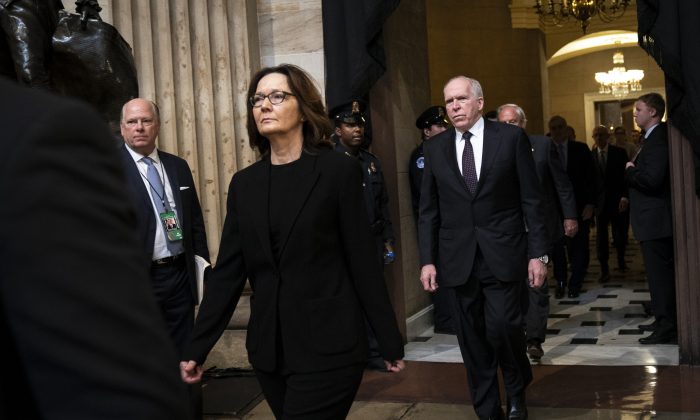 CIA in the Spotlight

The New York Times published an article on June 12 titled “Justice Department Seeks to Question C.I.A. in Its Own Russia Investigation.” The article is largely liberal spin with some artistic interpretations of the facts, but there are a few data points worth noting.

The CIA’s problem, and why it is being questioned, is that its intelligence reporting strongly supported the premise that there was collusion between the Russians and now-President Donald Trump’s campaign. Since it turns out to be a false premise, U.S. Attorney General William Barr is asking both the FBI and CIA why they supported the collusion charges when there was zero proof and zero evidence.

Barr was quite clear in interviews that the responses he has received from current FBI leadership haven’t answered this question. Barr can only conclude there’s a strong possibility the motives were political, which means a long list of laws have been broken.

As I have long reported both in interviews and previous opinion pieces, at the very least (and I really mean very least) the Foreign Intelligence Surveillance Act (FISA) court application for a warrant and the subsequent renewals were in violation of 18 U.S. Code, section 1001, which makes it illegal to attest that false statements are true.

Many media reports have shown that everyone knew the Steele dossier was a political document and had nothing to do with intelligence prior to being used to justify the FISA warrant. This is clearly going to be a problem for the senior FBI and Department of Justice (DOJ) officials who signed these documents.

Working his way down the list of those who appear to be involved in what looks in every way to be a criminal conspiracy, Barr now wants to interview the CIA officers who were involved and see if they have any sort of satisfactory answer. This is something the CIA officers are simply not going to be able to answer because we already know there was no Russian collusion. Be prepared to see Director of National Intelligence Dan Coats and former Director of National Intelligence James Clapper on the list of those to be questioned.

It has been widely reported that current CIA Director Gina Haspel has instructed the senior officials in the spotlight to cooperate but to protect sources and methods. Let me translate this for everyone: Haspel just drew a line in the sand. The questions Barr wants to ask are related to what was supposed to have been intelligence reporting, i.e., the reporting that supported the collusion nonsense. That means it will all be cloaked behind sources and methods, and the CIA officers can therefore decline to answer any significant questions.

The plan here is clear and conclusive: Drag your feet and leak anything that can help stall investigations, and hang on until the 2020 elections, and hope Trump loses. The rallying cry for the Left is going to be, “We must protect secrets,” in order to stop or stall the questioning; and Haspel will have significant support from the mainstream media and Democratic politicians.

I have a question: Since we know there was no collusion and the reporting used was therefore false, what secrets exactly are we protecting that are so important? If there was indeed a source that provided this sort of false information, the source lied to us and isn’t worth protecting. If it was all made up for political motives, well, that has to be protected by the Left at all costs—and that seems to be what fits the circumstances.

Here’s what everyone has missed: Haspel drew her line in the sand and Trump responded in kind. On June 14, the president signed a “Memorandum on Providing an Order of Succession Within the Central Intelligence Agency,” which was immediately made public. This is not unheard of, but still not something very commonly done for the CIA, and the timing here is pretty clearly a message that the White House is perfectly willing to replace Haspel and likely many of the others named in the list of succession.

I won’t go through the publicly available list in detail, but everyone should be aware that the names that are highest on the list of succession were also in senior positions under former CIA Director John Brennan. Most were, in fact, handpicked by Brennan, and a couple were even brought out of retirement to serve in those senior positions.

Here is an interesting point: Some of those same individuals were brought out of retirement a second time by current CIA Director Haspel to once again serve in the most senior positions at the CIA. Make no mistake, it means exactly what it appears to mean.

When Trump settled on Haspel to replace Mike Pompeo as director of the CIA, I publicly pointed out why this was a mistake and asked Trump to select someone else more appropriate. Naturally, the president didn’t listen to my advice, since he has no idea who I am, but, boy, did I call that one.

My message to Trump this time around is to find a career CIA intelligence officer who is a patriot to be CIA director. This is exactly what Barr is for the DOJ; he wants to be absolutely sure DOJ and FBI officials didn’t have their thumb on the scale of justice and undermine their credibility, and it can be done for the CIA.

There’s nothing more important than reestablishing the credibility and effectiveness of the DOJ and FBI first and foremost, but closely after that, the same thing needs to be done for the CIA.