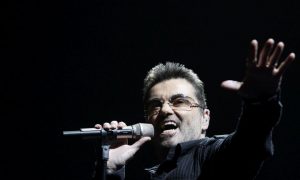 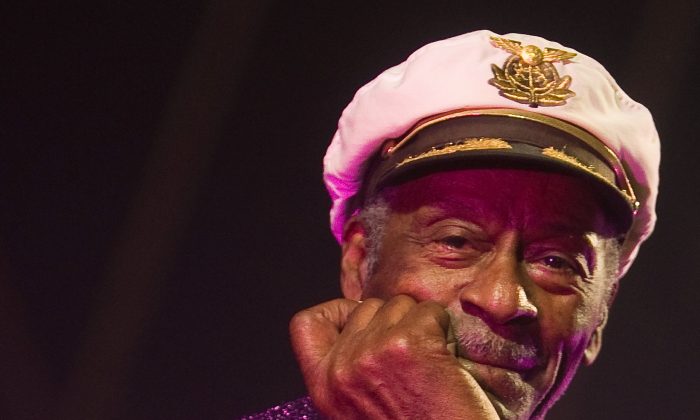 Rock-‘n-roll pioneer Chuck Berry was found dead on Saturday at his home in Missouri, according to St. Charles County police in a statement posted on Facebook.

The singer-guitarist, known for such hit singles as “Johnny B. Goode,” “Roll Over Beethoven” and “Sweet Little Sixteen,” was 90 years old.

“St. Charles County police responded to a medical emergency on Buckner Road at approximately 12:40 p.m. today (Saturday, March 18). Inside the home, first responders observed an unresponsive man and immediately administered lifesaving techniques. Unfortunately, the 90-year-old man could not be revived and was pronounced deceased at 1:26 p.m.

“The family requests privacy during this time of bereavement.”

* Before music, Berry worked as a carpenter, a freelance photographer, auto plant janitor and hairdresser.

* Despite writing several rock ‘n’ roll classics, Berry’s only No. 1 song was 1972’s “My Ding-a-Ling,” a live recording of a novelty song he had written years earlier. Many radio stations refused to play it because of its bawdy nature.

* Berry’s trouble with the law started early. A teenage Berry ended up in reform school for armed robbery.

He went to prison in 1962 for violating the Mann Act (transporting a minor across state lines for immoral purposes) after a teenage girl, who he met in Texas and hired to work in his St. Louis nightclub, was arrested for prostitution.

In the 1970s he went back to prison for tax evasion. Several women filed suit in 1990 claiming Berry had secretly videotaped them in bathrooms of his restaurants.

* In 1972 Berry told Rolling Stone that his anthemic “Johnnie B. Goode” originally had a line saying “that little colored boy could play” but he changed it to “country boy” in order to get it on the radio. The song was partly autobiographical.

* Berry’s 60th birthday concert, featured in the documentary “Hail! Hail! Rock ‘n’ Roll,” was filmed in 1986 at the Fox Theatre. The same St. Louis theater had turned away Berry for racist reasons in his childhood when his father took him there to see the movie “A Tale of Two Cities.”

* An 8-foot (2.4 meters) bronze statue of Berry was unveiled near St. Louis in 2011, despite protests that it was inappropriate because of Berry’s criminal record.