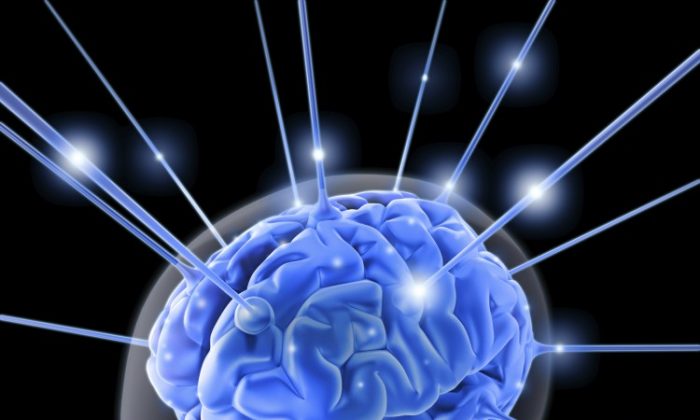 Interaction rate between the frontal cortex and the nucleus accumbens in the brain, related to emotional and motivational behavior, is a predictor or whether one will develop chronic pain after back injury, a new study finds. (Kiyoshi Takahase Segundo/Photos.com)
Beyond Science

Only certain back injury patients go on to develop chronic pain due to early changes in the brain related to emotional and motivational behavior.

The more these brain regions communicate, the more likely a person will develop persistent pain, according to a new U.S. study.

The researchers studied 40 people diagnosed with back pain that lasted four to 16 weeks. Brain scans were performed at the start of the study and on three other occasions during one year.

At the beginning of the project, the team predicted with 85 percent accuracy who would develop chronic pain based on the interaction rate between the frontal cortex and the nucleus accumbens.

The nucleus accumbens is a cluster of neurons beneath the cerebral hemispheres that aids the rest of the brain in evaluating and reacting to its environment.

“For the first time we can explain why people who may have the exact same initial pain either go on to recover or develop chronic pain,” said study senior author A. Vania Apkarian at Northwestern University Feinberg School of Medicine in a statement.

“The injury by itself is not enough to explain the ongoing pain,” he added. “It has to do with the injury combined with the state of the brain.”

This research could help develop new therapies for chronic pain, which currently affects up to 40 million U.S. adults.

“It may be that these sections of the brain are more excited to begin with in certain individuals, or there may be genetic and environmental influences that predispose these brain regions to interact at an excitable level,” Apkarian said.

Chronic pain sufferers were also found to lose gray matter density, probably due to cell shrinkage, or a reduction in the synapses or connections between neurons.

The paper was published in Nature Neuroscience today.