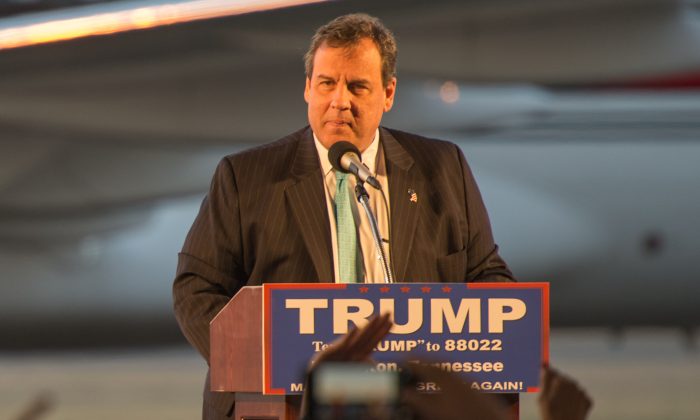 Chris Christie Had a Blast at a Bruce Springsteen Concert

The most Jersey moment in Brooklyn
By Steven Klett

Dressed in a dress shirt and tie, Chris Christie was spotted at a Bruce Springsteen concert at the Barclay’s Center in Brooklyn, New York—rocking out.

Social media had as much fun watching the Governor of New Jersey at the concert, with gleeful references to “Bridgegate,” Donald Trump, and more:

Chris Christie is making it quite evident he has a far better time at Springsteen concerts and bridge closings.

After Donald Trump won in the Northeast on the April 26 primaries, and a clever video compared the two Christies—the one standing stoically behind Trump and the one giving himself freely to the music of Bruce Springsteen:

Chris Christie had a blast seeing Bruce Springsteen…but then he had to go listen to Donald Trump https://t.co/9c62BGVlGY

However, the most Zeitgeist moment is a video of Christie belting out the chorus of Springsteen’s cover of Prince’s “Purple Rain”: