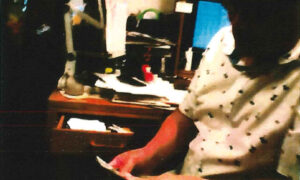 More Than 35,000 Australians Spied On by Military-Linked Chinese Company
0 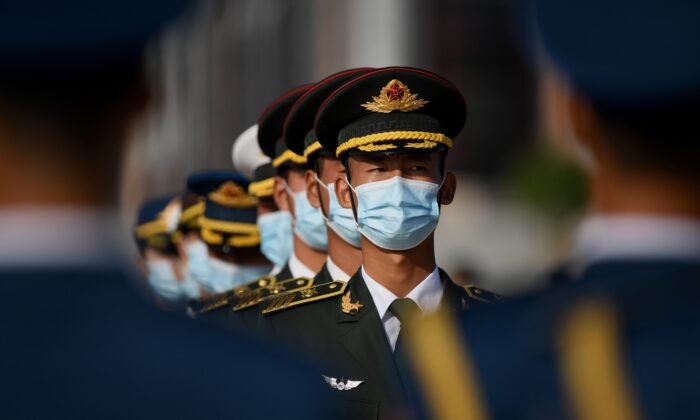 Chinese Spy Operations in US Are ‘Off the Scale,’ Analyst Says

The Chinese regime’s espionage operations around the world have been accelerating over the past decade and are now “off the scale,” an analyst warns.

His comment comes at a time when U.S. federal prosecutors announce a new China-related case almost every week.

In the past two months, a New York City police officer was arrested and accused of spying on the Tibetan community for the Chinese Consulate; five Chinese nationals were charged with allegedly hacking more than 100 companies and entities worldwide; a Chinese researcher at UCLA (University of California Los Angeles) was charged with destroying evidence (a hard drive) to hamper an investigation into whether he had transferred sensitive software to China; a NASA researcher was arrested and accused of hiding his funding from China; and a former CIA officer was arrested for allegedly spying for China for a decade.

Nicholas Eftimiades, a former senior U.S. intelligence official who has been analyzing Beijing’s spy activities for about three decades, detailed his findings in a 1994 book, “Chinese Intelligence Operations.”

“When I wrote the first book, it was noticeable and it was active. And it was mostly ignored by the United States and other Western countries,” Eftimiades told The Epoch Times.

“But now, it’s sort of off the scale,” he said, noting that a database he maintains on Chinese espionage cases reported worldwide currently lists more than 600 cases—most of them recorded in the past 10 years. The cases broadly span theft of trade secrets, illegal export of technologies critical to national security, cyberhacking, and traditional spying. The analyst recently published a monograph, the first in a series of three, as an update to his book.

There’s almost no way of knowing the true scale of the regime’s global espionage program, Eftimiades said, noting that it could range from “easily” in the tens of thousands of cases to even hundreds of thousands.

Unlike traditional espionage, the Chinese regime has adopted a “whole-of-society” approach to acquiring foreign intellectual property (IP), as it “energizes all of society to support national, economic, and military development goals,” Eftimiades said. Collectors range from state agencies and state-owned enterprises to private enterprises and researchers.

Much of the IP theft has concentrated on advanced technologies in the fields of aerospace, information technology, energy, and new materials—sectors mentioned in the regime’s “Made in China 2025” industrial policy. The plan tags 10 sectors for aggressive development to transform the country into a high-tech manufacturing powerhouse by 2025.

Eftimiades, who has been sounding the alarm on the Chinese threat since the 1990s, said that at the time, “nobody cared” about the issue, save a few members of Congress. This concern didn’t catch on within U.S. administrations, which had been focused on Russia, and, following the Sept. 11 attacks, on terrorism, until the Trump administration, he said.

“So for decades, we have … been lacking in any type of response to China’s extremely aggressive economic actions,” he said.

As the focus didn’t shift to China until about four years ago, U.S. intelligence and enforcement agencies have had to play catch-up, Eftimiades said. The FBI now has more than 2,000 investigations connected to China, Director Christopher Wray said in July. In the past decade, there’s been roughly a 1,300 percent increase in economic espionage cases linked to the regime, Wray added.

Eftimiades pointed to multiple instances of Western intelligence officers being recruited by the Chinese regime as an indication that “we have not been very good in our response” to Beijing’s espionage.

For instance, former CIA officer Jerry Chun Shing Lee—a naturalized U.S. citizen who was born in Hong Kong and grew up in Hawaii—was sentenced in November 2019 to 19 years in prison; he pleaded guilty to conspiring to deliver classified information to Chinese intelligence after he left the agency in 2010. In September 2019, former Defense Intelligence Agency officer Ron Rockwell Hansen was sentenced to 10 years for attempted espionage on behalf of China.

In France, two former officers of that nation’s foreign intelligence agency (equivalent to the CIA) were sentenced in July to lengthy prison terms for spying for China. One of them reportedly served as the station chief in Beijing in the 1990s, before being recalled to France after he had an affair with the then-French-ambassador’s Chinese interpreter.

“The likelihood is we’re still very, very deeply penetrated,” Eftimiades said. But he said the United States is beginning to understand the threat.

Last week, Democrats on the House Intelligence Committee released a report in which they concluded that U.S. intelligence agencies have failed to adapt to the Chinese regime’s tactics.

“The stakes are high. If the IC does not accurately characterize and contextualize Beijing’s intent, America’s leaders will fail to understand the factors that motivate Chinese decision-making,” the report stated, referring to an acronym for the intelligence community.

The regime hasn’t only been exploiting human operatives, it has also innovated to combine human and cyber espionage, “in many cases, masterfully executed,” Eftimiades noted.

For instance, a branch of China’s top intelligence agency, the Ministry of State Security, allegedly coordinated a network of hackers, security researchers, and Chinese nationals working at foreign companies to steal aviation secrets, including from General Electric, according to a 2019 report by U.S. cybersecurity firm Crowdstrike. The U.S. Justice Department announced three related indictments, including one against a former GE engineer for allegedly stealing the company’s turbine technology to benefit Beijing.

Meanwhile, the gradual awakening across government agencies hasn’t occurred in the commercial sector, Eftimiades said. He says he’s “routinely surprised” by the “lackadaisical” response of industries, particularly companies that don’t work in defense, such as Silicon Valley firms.

“Western industries as a whole remain quite ignorant of what’s happening,” he said.

US Committed $1 Billion to Incentivize Investments in Infrastructure in Eastern, Central Europe
0