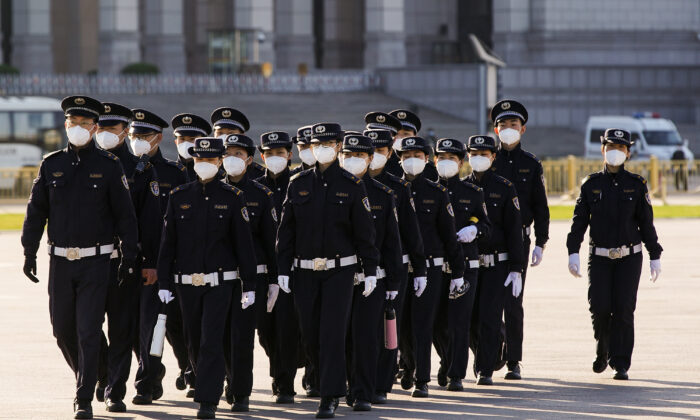 Chinese Regime Should Be Sued for $4 Trillion for Causing Pandemic, Report Says

Countries should take legal action against the Chinese regime for its initial coverup of the CCP virus outbreak that has caused tens of thousands of deaths worldwide and cost the global economy trillions of dollars, according to a new report.

“The truth is that China is responsible for COVID-19—and if legal claims were brought against Beijing they could amount to trillions of pounds,” the report by UK-based think tank Henry Jackson Society stated.

According to the report, damages would amount to at least $4 trillion, which is how much G-7 countries—the world’s top seven economies—have spent to stimulate their economies in response to the pandemic shutting down most commercial activity.

The U.S. government alone has put in place more than $2 trillion in stimulus measures to support industries and individuals amid the crisis.

The report found that the Chinese communist regime had breached international law by failing to disclose vital information about the initial outbreak in the central city of Wuhan over December and January.

Under the World Health Organization’s (WHO) International Health Regulations, the regime is obliged to report timely, accurate, and detailed public health information. But it didn’t do so, the report states.

Report co-author Matthew Henderson told NTD, an affiliate of The Epoch Times, that the evidence showed that the regime’s failure to disclose such information was an act of “deliberate deception.”

The regime informed the WHO of the outbreak on Dec. 31, 2019, and didn’t confirm human-to-human transmission of the virus until Jan. 20. However, the regime was found to have silenced and reprimanded those who tried to sound the alarm about the outbreak in late December.

Reports also show that authorities knew the virus was spreading between humans well before Jan. 20. A report by the South China Morning Post, citing government documents, stated that there were more than 200 cases by the end of December.

Henderson noted that the regime also prevented research of the virus by labs in the beginning. On Jan. 1, the Hubei Provincial Health Commission official told a genomics company to stop testing virus samples and to destroy all existing samples, Chinese financial magazine Caixin reported.

“There was already an effort not only to conceal truth, but to prevent more truth being discovered,” Henderson said.

The report stated that it was possible that, had the regime provided accurate information about the outbreak at the early juncture, “the infection would not have left China.”

The report outlines 10 legal courses of action countries could take to hold the regime accountable for pandemic under international law and in domestic courts.

Several lawsuits have already been launched in U.S. courts suing the regime for the economic damage the pandemic has inflicted on Americans.

Henderson said the point of any legal action against the regime isn’t merely about pinning blame. Rather, he described it as “an exercise in saying what can we possibly do [to] a) release the necessary information, and b) to prevent anything like this from ever happening again.”