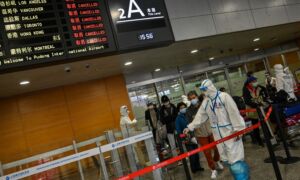 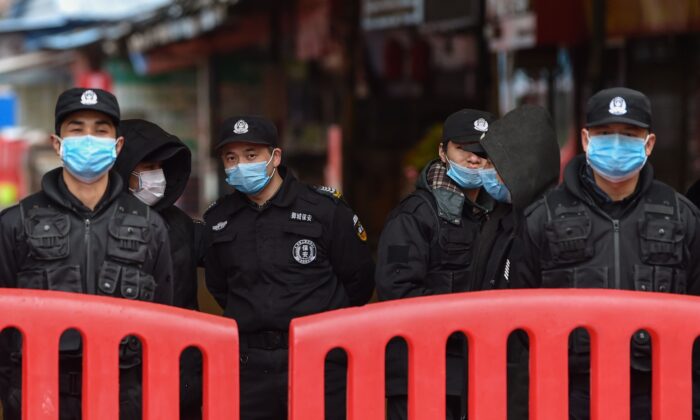 In a notable shift in messaging, the Chinese Communist Party (CCP) is now turning to directly target President Donald Trump as part of its global disinformation campaign—aggressively pushing terms such as “Trump Pandemic.”

Chinese officials and state-run media have already attempted to shift the blame over the regime’s botched handling of the CCP virus by pushing conspiracy theories targeting the United States. Multiple major CCP outlets, most whom have English versions of their websites, are now attacking Trump head-on.

Social media platforms such as Facebook and Twitter, which are blocked from use by Chinese citizens in the communist state, are being used by Chinese officials and media companies to push the Party’s propaganda. Over the past few days, state-run Xinhua News has promoted the hashtags “#Trumpandemic” and “#TrumpVirus” on its news posts on both platforms.

A Beijing-based commentator told the Global Times that the term “Trump pandemic” is “not only vivid but also very accurate.”

The goal of China’s disinformation campaign is “to distract from their own actions and own failures,” according to Brendan Carr, a commissioner of the Federal Communications Commission (FCC).

“China is engaged in a worldwide propaganda campaign to cover their tracks,” Carr told The Epoch Times. “There is a direct relationship between the brutal and oppressive nature of the communist regime and the global spread of COVID-19.”

“The chief propagandists for the communist regime are now twisting and turning the words of anyone and everyone around to try to take the finger off of them—and to point it at anybody else.”

A March 13 study found that if China had intervened earlier with non-pharmaceutical interventions (NPIs), the spread of the CCP virus could have been reduced by as much as 95 percent.

A March 23 op-ed posted in the state-run China Daily claimed that the pandemic is worse in the United States than in China, and that “entirely wrong judgments made by President Trump led to the situation of the intensity of coronavirus cases being much worse in the U.S. than in China.”

The CCP has been claiming that there have been no new cases of the virus in recent weeks. A series of internal government documents obtained by The Epoch Times, however, shows the situation in the city of Wuhan is much worse than what has been officially reported. Chinese citizens also describe a different reality on the ground.

Another op-ed in the China Daily didn’t identify Trump directly but stated that “certain US politicians are totally brainless and unscrupulous. They don’t care about facts, and what they do is just repeating the ridiculous prejudices that have long taken roots in their mind.”

Carr, who said he responds to the conspiracies pushed by CCP officials on his Twitter account, said it is “always appropriate to push back on communist propaganda.”

“I think taking a few seconds out of our day to do that while we focus on the fight that we have at hand, in terms of getting the pandemic under control in the United States—I think that that is the right move,” he said.

The White House didn’t respond to a request for comment by The Epoch Times about China’s new propaganda offensive.

Meanwhile, Trump administration officials and U.S. politicians have recently spoken out against the Beijing regime’s propaganda.

Internal government documents obtained by The Epoch Times have highlighted how the regime purposefully underreported cases of the CCP virus and censored discussions of the outbreak, helping to fuel the spread of the disease, which is now confirmed to have infected more than 374,000 people internationally.