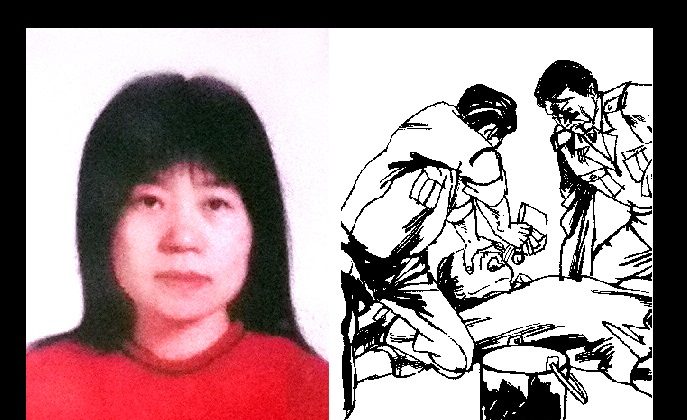 Sun Min, a Falun Gong practitioner from Northeast China, suffered over tens years of persecution by the communist regime for her faith. (Minghui)
China

Sun Min, a respected and officially acclaimed middle school teacher from northeastern China, is just one of millions of Chinese citizens victimized for their faith in the spiritual discipline of Falun Gong.

Falun Gong, a meditative practice rooted in Chinese spiritual traditions, has been banned and violently suppressed on the mainland since July 1999, when communist leader Jiang Zemin declared it a threat to the regime’s power.

Between 1991 and 2000, Sun Min received numerous national and provincial certificates and awards recognizing her for “her teaching, articles and research achievements,” as reported by Minghui.org, a clearinghouse for information about Falun Gong and documentation of the persecution in China.

Imprisoned multiple times since 1999, Sun Min has spent over two years in detention and forced labor. Now aged 50, she was taken to court for a hearing in February and a trial was scheduled for March 8, according to information obtained by a Minghui correspondent in Liaoning Province.

In October 2000, Sun was arrested for the second time. She was fired from her job and sent to the notorious Masanjia forced labor camp, where she spent 18 months.

Labor camp guards many times humiliated her in public and deprived her of sleep. She had to squat for a long period of time during the day. She was shocked with electric batons, stabbed with needles, and beaten with wood batons.

One time a guard smashed her head against a wall and cracked her skull. She went into convulsions on the ground due to the extreme pain. Another time a guard beat her with a baton and put a dent in her skull. She lost her eyesight temporarily as a result.

The persecution of Falun Gong is the single biggest human rights violation in China today and, after nearly 18 years, the communist regime has not succeeded in its goal of rooting out the faith. A recent report by Freedom House describes the now-retired Jiang Zemin’s campaign as a “striking failure of the CCP’s security apparatus.”

The literature estimates that tens of millions of people are still practicing Falun Gong in China and are actively petitioning for its exoneration, even in the face of sophisticated technological countermeasures and and brutal physical abuse, including widespread execution by forced organ harvesting for profit.

Northeast China, where Falun Gong was first taught and spread in the early 1990s, was long a region of strong official support for Jiang’s campaign, making the persecution especially severe in its three provinces.

Ten years on the run ends in renewed torture

In 2002, Sun Min was released from Masanjia and returned to her residence in Anshan, Liaoning Province. But shortly thereafter, the 610 Office—an extralegal Communist Party organization set up specifically to persecute Falun Gong—summoned her to attend brainwashing sessions. Fearing future torture, Sun fled her home and lived a life of destitution, Minghui reported.

In 2012 Sun was arrested for the third time and sent to a detention center in Liaoyang, where she spent two months.

She was force-fed and injected with unknown drugs. After the injection her stomach began to turn, she became drowsy and lost her eyesight. She couldn’t recognize people she knew.

Constant torture and lack of proper food rendered Ms. Sun severely weak. The police, not wanting to shoulder the responsibility of her dying in their custody, informed her family to take her home in January 2013.

Upon release, Sun again avoided her home and presumably stayed in various rentals until she was again apprehended and detained last June. When the police ransacked her home, they seized 60,000 yuan (about $10,000).

Detained in the Anshan Women’s Detention Center, Sun has been subjected to force-feeding to break her hunger strike. Acting on the guards’ encouragement, fellow inmates put feces and urine in with her food.

Sun was deprived of sleep and beaten severely without being permitted to bathe or change her clothes, so that she was covered for extensive periods in her own blood and excrement. Her weight fell to about 80 pounds.