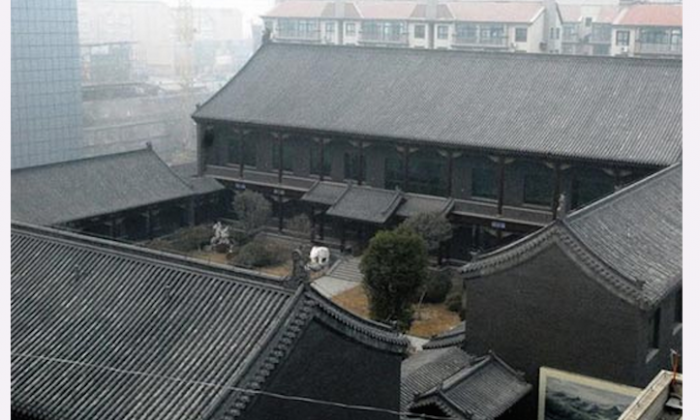 A house belonging to Gu Junshan, a former top official in China's military who was taken down in a corruption probe. Chinese officials are hurriedly attempting to offload real estate as requires for disclosing assets are trialed in parts of the country. (Screenshot/chinaluxus.com)
China

For the past year, and especially over the last few months, owners of high-end apartments around China have been quietly putting out the word to brokers: Sell now. Cash only. Cut prices.

“Many owners of high-end apartments who sold were very mysterious. It’s very difficult to confirm what they do,” a property consultant with over a decade of experience in Shanghai’s real estate market told 21 Century Business Herald, the largest business newspaper in China.

The phenomenon is more pronounced in major Chinese cities like Shanghai and Guangzhou, and the real estate industry seems to have reached a consensus of who is behind the transactions. Most likely corrupt officials.

As Party leader Xi Jinping’s anti-corruption campaign continues full steam ahead, high-level Party officials who have parlayed their positions into untold wealth, appear to be seeking to lower their risk profiles, selling apartments for cash at low prices.

Although the property consultant could not confirm the identities of those seeking to offload their apartments, he said: “Within the industry, we’ve reached the consensus that they are mostly officials. The higher the levels they are, the more mysterious they appear to be.” The source was not identified by name, a common practice given the political sensitivities associated with discussing corruption in China.

The “mysterious” clients invariably hire agents to sell their real estate for them. They never appear in person. And they demand physical cash in order to avoid providing bank information. Sometimes they use the cover of shell companies to carry out the transactions.

They are also often in a rush to sell, and won’t hesitate to drop the price if it will effect a speedy transaction, according to Lin Jingjing, a property consultant who deals with high-end real estate in Shanghai, speaking to the same newspaper. Sometimes the price cuts can be over a million yuan ($160,259), undercutting comparable apartments in the same area.

There is currently no nationwide regulation in China that officials in the Communist Party and government must disclose their assets. Activists around the country who have agitated for reforms of this kind have themselves been thrown in jail.

But there has been, for over a year now, a rolling purge of corrupt officials, and it shows few signs of letting up. Xi Jinping, the Party leader, is attempting to tighten up Party discipline.

Some hints have also been made that officials may be required to do more to disclose their assets, and the real estate sales may be a prelude to such regulations.

A decision to carry out a pilot program to disclose officials’ assets was made last November at the Third Plenum of the Central Committee of the Chinese Communist Party. A few provinces have begun trials, including Xinjiang, Anhui, Zhejiang.

Some parts of Northwestern Shaanxi Province recently required newly promoted officials and leaders in the government to report their family real estate holdings. “Whoever is not willing to make a report, or does not make a report in a timely manner, will not be promoted in the future,” the directive said, according to Chinese press reports.

Analysts said that getting rid of expensive assets like luxury apartments is simply a wise step. “Some corrupt officials are afraid that once the real estate records are opened, it will attract the attention of anti-corruption agencies, which will seek out the origin of the money,” said Ren Jianming, a professor of public administration at Beijing University of Aeronautics and Astronautics, in an interview with the Beijing Times newspaper.

Lin, the real estate consultant, said, “If an official gets investigated, it’s a lot of trouble. Better to simplify matters.”

This year over 260 investigations into corrupt officials at different levels have been opened by the Central Commission of Discipline and Inspection, the regime’s anti-corruption agency, according to its website. Owning a large number of properties is a bright red flag for investigators, and such officials may be summarily dismissed.

Yu Jianping, chairman of the state-owned power company Beijing SDIC, was recently investigated after he was suspected of transferring real estate to energy regulatory authorities as bribes.

Without an independent judicial system, however, analysts question how far such demands and programs can ultimately go—especially in moving against corruption at the top.

An investigation into an individual with powerful connections was reported in the press recently. It was He Jintao, the son of He Guoqiang, former chief of the Party’s anti-corruption task force.