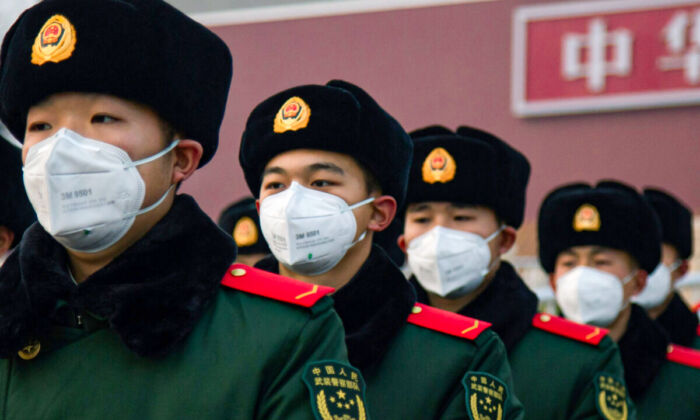 The head of Australia’s foreign spy agency has hinted that disgruntled officials in non-democratic societies, such as China, are more likely to betray their governments and leak information as the regimes tighten their control.

Paul Symon, director-general of the Australian Security Intelligence Service (ASIS)—the country’s equivalent to the U.S. Central Intelligence Agency—revealed that the organisation benefited when authoritarian regimes are suppressing dissent within their borders.

“When leaders abolish fixed political terms, for example, they become responsible and accountable for everything, including the disillusion that emerges from within. This provides us with an edge,” he told the Lowy Institute in Sydney on the 70th anniversary of the agency’s founding.

“We noticed that in closed societies, top officials will always reinforce leaders’ biases and assumptions. That after all, is the safest career path for them, speaking truth to power is an enduring strength of our system,” he said in reference to democratic system.

Symon then said he believed more and more officials “unhappy with the trajectory of closed societies” would start speaking out or “take risks” to do so.

The spy chief said that while he was travelling in India he would reflect on the “diversity in the colour of the ancient culture which is India” and yet, in China, authorities have enforced a “monoculture.”

“We don’t yet know exactly how that will play out, but what we’re seeing is more and more signs of officials and individuals interested in a relationship,” he said referring to the increasing number of people who are seeking to have a relationship with ASIS.

The revelations from the head of ASIS follow that of the 2019 defection of Wang Liqiang, a former Chinese military intelligence in Australia.

Wang gave details of how the Chinese Communist Party (CCP) was funding efforts to undermine the democratic movement in Hong Kong, meddle in Taiwan’s elections, and infiltrate Australia’s political circles.

His decision to defect came about after much consideration and when he gradually realised the “damage that the CCP’s authoritarianism was doing to democracy and human rights.”

“My opposition to the Party and communism became ever-clearer, so I made plans to leave this organization,” he said, noting that his time in Australia allowed him to experience democratic freedoms, and become “more ashamed of what the CCP was doing to undermine democracy around the world.”

“So I decided to completely abandon my work and make a clean break with the party.”

Meanwhile, the head of ASIS also gave an insight into what type of intelligence (or gems) his agents try to obtain.

“The intent of countries, the intentions of leaders, they’re the gems, they’re the edge that—in our national interest—our political leaders and policymakers need some context around,” he said.

Symon also said there were two ways to obtain that sort of intel, and one was through the ill-discipline of a country or regime’s leaders in the way they communicate—pointing to how Russian media outlets have operated during the Ukraine War.

The other was via a combination of human and signals intelligence.

“[Human intelligence] is designed to provide that access to the intentions of leaders, and really that is the sort of edge that I’m talking about. It’s not the material that you will see in the open domain,” he added. “It’s something special for which we have to work very, very hard to find.”

Symon also revealed that ASIS had dispatched a small team to assist with the evacuation of Australians in Kabul, Afghanistan when the Taliban were seizing control.

The spy chief visited Honiara in the Solomon Islands last month with his counterpart from the Office of National Intelligence, Andrew Shearer, to discuss concerns around the security deal penned with the Chinese regime.