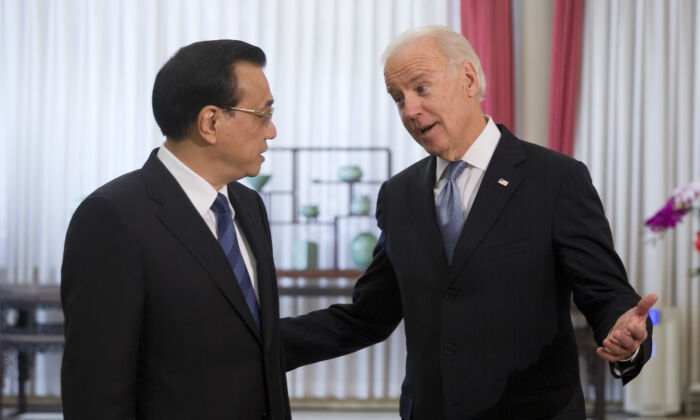 Chinese leader Xi Jinping has sent a congratulatory message to U.S. presidential candidate Joe Biden, after regime officials initially indicated it would avoid such an act pending the determination of the election results through “U.S. laws and procedures.”

While an array of news outlets have declared Biden as President-elect, The Epoch Times will not declare a winner of the election until all results are certified and any legal challenges are resolved.

Chinese state media Xinhua on Nov. 25 published Xi’s message to Biden, in which Xi expressed hope that both sides could “uphold the spirit of non-conflict, non-confrontation, mutual respect, and win-win cooperation.”

Xi added that he hoped “we will focus on cooperation, control our disagreements, and push the China-U.S. relationship forward in healthy and stable directions.”

The message came after Chinese officials initially avoided congratulating Biden. Two days after the election on Nov. 9, spokesperson for Chinese foreign affairs ministry Wang Wenbin said at a daily press briefing in Beijing that the regime would wait until the election results are “determined following U.S. law and procedures.”

Then at a daily press briefing on Nov. 13, Wang was again asked by a reporter why Chinese leaders have not congratulated Biden.

Wang answered: “We have been following the community’s reactions about the U.S. presidential election inside and outside of the U.S. We respect the choice of the American people. We congratulate Mr. Biden and Ms. Harris.”

He added: “We understand that the outcome of the U.S. election will be determined in accordance with U.S. laws and procedures.”

Li Linyi, another U.S.-based China commentator, said the gesture was made in retaliation to Trump’s recent tough measures against the regime.

On Nov. 12, one day before Wang’s congratulatory remarks, Trump issued an executive order banning U.S. investments into Chinese companies that are tied to the regime’s military, citing threats to national security.

This week, Reuters reported that the administration was planning to bar 89 Chinese aerospace and other companies with military ties from buying a range of U.S. goods and technologies, citing a draft copy of a blacklist prepared by the commerce department.