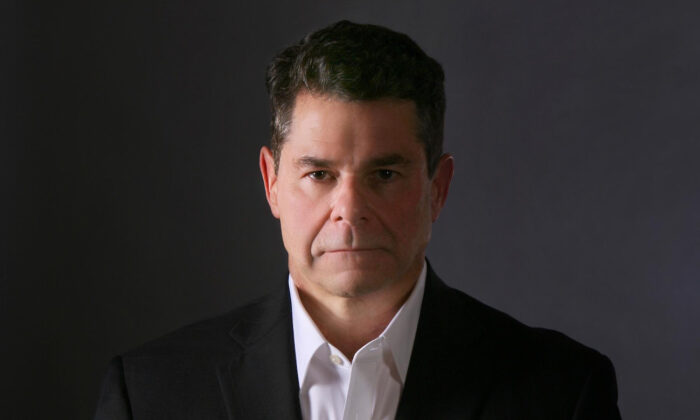 Social movements such as the promotion of critical race theory, the “defund the police” movement, and wokeism, as well as stealth tactics such as intellectual property theft and drug trafficking, are used in unrestricted hybrid warfare by the Chinese Communist Party (CCP) to weaken the United States, BlackOps Partners CEO Casey Fleming says.

Today, the United States is at war with China and with the CCP, Fleming said, explaining that “there’s only one China and it’s completely controlled by the CCP, so you can’t extract one or the other.”

However, that war is an unrestricted hybrid war, also called “the gray zone,” which is “everything short of conventional war,” and it focuses on weakening the CCP’s opponents or targets as much as possible, Fleming said in a recent interview on Epoch TV’s “Crossroads” program.

The CCP regime propagandizes to Chinese people that the United States is “the great evil in the world that must be overtaken, for China to have their overall destiny, which is to rule the world,” Fleming said. “They say that we are the dark, we represent the devil.”

Fleming likened the gray zone to the strategy being used by the CCP against Taiwan: “Weaken your enemy … to the point of capitulation, so that they say, ‘Okay, we don’t want to go to war, we value our people. We don’t want death and destruction; we’ll just go ahead and join China.’

“[The gray zone is] worse than conventional warfare because it’s killing an economy, it’s killing our ability to fight.”

Fleming cited U.S. Adm. Chester Nimitz, credited with winning the Pacific War during World War II, who said a few years after that war that the United States has the most powerful military in the world, and in order to kill it, its economy needs to be killed.

And this exactly what the CCP has been doing, Fleming said. There are over 100 different methods of unrestricted hybrid warfare, he said, explaining that the word “unrestricted” means the enemy follows no rules.

“We follow the rule of law and international rules of order in how we transact, [do] business, and so on. Well, your enemy does not follow any of that. They say: Those are your laws and, in fact, we’re going to handcuff you with your own laws.”

These tactics are described in the book “Unrestricted Warfare,” written in 1999 by two senior colonels of the People’s Liberation Army (PLA), Fleming said. The book was published by a publishing house of the PLA, the military force of the CCP.

One of the gray zone methods is intellectual property (IP) theft. Developing a new product takes years of research and costs billions of dollars. These expenses are recovered through selling the product to customers, Fleming said.

If a Chinese company steals the intellectual property related to a product developed by an American company, it doesn’t incur any development costs and can immediately start making the product in China, Fleming said.

It then sells the product to the customers of the U.S. company at about half price, thus putting the IP owner out of business, he said.

Drug warfare is another method being used by the CCP to weaken the United States, the expert said.

Recently, fentanyl became a leading cause of death for Americans age 18 to 45, according to calculations (pdf) done by the organization Families Against Fentanyl that are based on data from the Centers for Disease Control and Prevention (CDC).

“The fentanyl capital of the world is Wuhan, China,” Fleming said, adding that the CCP ships the precursor chemicals to manufacture crystal meth pills and fentanyl pills to Mexican drug cartels.

“They [also] use the six drug cartels—beautiful distribution network—to get that all through North America and even to Europe.”

Crystal meth is a form of methamphetamine—a powerful, highly addictive stimulant that looks like glass fragments, according to the National Institute on Drug Abuse (NIDA).

Currently, most methamphetamine in the United States is produced by transnational criminal organizations in Mexico, the NIDA said.

“The drug can be easily made in small clandestine laboratories, with relatively inexpensive over-the-counter ingredients. Methamphetamine production also involves a number of other very dangerous chemicals. Toxic effects from these chemicals can remain in the environment long after the lab has been shut down, causing a wide range of health problems for people living in the area.”

Religious warfare is another form of the gray zone methods carried out by the CCP, Fleming noted.

“They killed every bit of religion in China. The Christian cross has been banned. They’ve shut down churches, they’ve shut down mosques. And that same thing is happening now today in the U.S.”

“It is Chinese communism on the streets of America and in your living room. And I’m talking critical race theory, I’m talking Black Lives Matter,” Fleming said.

“Blacks are extremely important. They’re incredible people, but they’re being hijacked in the Black Lives Matter movement. And many blacks understand that and they’re saying: We need a different platform to move all Americans to—not just blacks but all Americans—to a new platform, to take our country back from this whole Chinese communist infiltration and subversion.”

Black Lives Matter (BLM) is a Marxist organization. Patrisse Cullors, a BLM co-founder, said in an interview with Real News Network in 2015, “We actually do have an ideological frame. Myself and Alicia [Garza] in particular are trained organizers. We are trained Marxists.” Alicia Garza is also a BLM co-founder.

Why People Should Care

“The ultimate goal is to weaken the United States so it weakens our will to fight, and they can just walk on. They don’t have to fire one bullet. …  It’s to take over and replace democracy and freedom worldwide with Chinese communism,” Fleming said.

Fleming pointed out that the U.S. military wouldn’t be able to protect the country against an enemy using unrestricted hybrid warfare.

“[The military is] still fighting in World War II technology. War is going to electronics, robots, AI [artificial intelligence], radar jamming, all these types of things,” he said.

In order to prevent the CCP from winning this war, foreign influence through investments needs to be stopped first in any part of the country, whether it’s business, academia, or government, the expert said. His company BlackOps Partners, provides educational resources on its website to help people understand the risks.

“When you hear of a former congressman being paid a half-million dollars a year to lobby for TikTok, or lobby for ByteDance, with the DOD [U.S. Department of Defense], there’s a problem.”

ByteDance is a Chinese internet technology company that develops mobile apps such as TikTok.

Many in mainstream media are compromised by the CCP, Fleming said, adding that a lot of companies actually walked back their statements critical of the CCP, e.g. statements of genocide taking place in China.

“Even the well-renowned CEO of JPMorgan Chase had to walk back a comment.”

JPMorgan Chase CEO Jamie Dimon said he regretted a joke he made in November, saying that his bank would outlast the CCP.

“We are in battle. It’s just a battle we’re not familiar with,” Fleming said.

People should care about it because their children and grandchildren “are on the balance,” said Fleming, a senior adviser on risk, strategy, and counterintelligence.

“If you’re run by the Chinese Communist Party, they dictate what house you live in, which plant your children are going to be working in, and what they’re going to be manufacturing for 12 hours a day, seven days a week.”