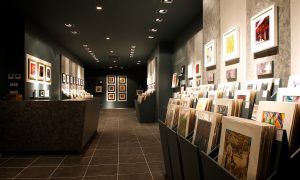 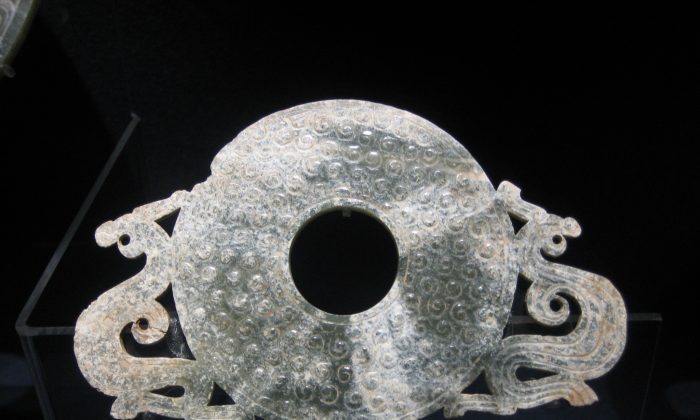 Chinese Art Beyond the Qing

NEW YORK—It used to be that Chinese buyers of Chinese art stuck to Qing Dynasty (1644–1912) and Ming Dynasty (1368–1644) ceramics and works of art, while Western buyers gravitated toward older works.

When Michael Bass, vice president of Christie’s Chinese Ceramics & Works of Art department, started out in 2000, about 80 percent of the collectors in the sales rooms were Americans.

These Chinese buyers honed in on Qing and Ming imperial ceramics, outbidding Western buyers. They steered clear of older work, presumably due to a stigma against owning objects that were buried with the dead.

But in the last six to seven years, even the Chinese have branched out to collecting earlier artwork, according to Bass. Now they are also interested in Tang pottery, archaic bronzes, and earlier jades, the same categories that have traditionally attracted Western buyers.

“Now the market is really broad,” said Bass. “And there’s interest amongst all those categories.”

That’s not to say that the market has turned completely toward earlier dynasties, though.

Collectors and dealers sell at auction what they think will fetch them a return.

In most major auctions of Chinese art in recent years, objects from the Qing Dynasty often take up around half the lots.

While the market for Ming and Qing ceramics is not expected to cool anytime soon, “jades and bronzes are already up there” in price, said Bass.

This could mean other segments in earlier Chinese work will soon heat up, too, and the spotlight may turn to American collectors who continue to collect earlier works.

And for them, current prices are attractive. The vast majority of earlier jades and pottery are estimated under $20,000, with many quality items as low as several thousand dollars.

Obvious investment incentive aside, China’s immense art history has much to offer. Each dynasty brought with it a different way of life, new styles of dress, and a distinct culture that manifests as a distinct flavor in its art.

Chinese culture has a history of 5,000 years and the Ming and Qing dynasties collectively only lasted for 544 of those years. For the culturally inquisitive, it pays to dig deeper beyond the last two dynasties.

The artwork we now have of this period, which mostly consists of jades and pottery, really shows a distinct flavor from when Chinese civilization was a handful of tribes.

Clay pottery was often painted with large swirling abstract and geometric designs in red and black pigment, suggesting the use of brushes that would develop throughout the course of China’s long history, according to an essay in Met’s Heilbrunn Timeline of Art History.

Of all aspects of Neolithic culture, The Met Museum calls jade work “the most lasting contribution to Chinese civilization.”

Jade is such a hard substance that it cannot be carved but must be abraded with quartz or garnet sand. Given such a laborious process, it is remarkable that Neolithic artisans worked so extensively in it.

Based on the discovery of jade burial suits, scholars expound that these cultures revered jade for its believed ability to preserve the dead.

Bronze vessels are the primary art form we have from these dynasties. The sheer amount of surface detail on the bronzes is astounding. Animalistic shapes and motifs, including the iconic taotie (hungry beast) face, were used widely on vessels of this period.

These vessels came in many dynamic shapes that were at first inspired by pottery shapes and evolved to be more complex as casting technology advanced. They were used for ritual food and wine offerings.

The Qin is considered the first dynasty of China as a unified nation. The famous “Terracotta Warriors” found in the first emperor’s massive tomb is a testament to the advanced art production. The warriors’ bodies were crafted in an assembly line fashion, but no face is like another.

Because this was such a short and turbulent dynasty, most artwork of this period is identified as belonging to the preceding or following dynasty.

Most Chinese today identify themselves as “Han” because this is the time Chinese cultural identity really took shape. The empire reached from the Great Wall to the South China Sea.

During the Han era, paper and lead-glazed ceramics were invented; literature and diplomacy with the West flourished.

Pottery figures, vessels, and other objects in the form of animal pens and towers are the main artwork surviving from this dynasty.

Despite political instability and frequent war (which is why there were six dynasties during this period), Buddhism and Taoism flourished, as did poetry by way of newly-invented woodblock printing.

Pottery is well noted from this period, particularly greenish celadon porcelain wares from the Jin Dynasty.

The Sui Dynasty is known for its fine white clay pottery done in simple forms and fired with a clear glaze. Buddhist sculpture heavily influenced by Indian style flourished.

The Tang Dynasty is widely regarded the height of Chinese civilization. The Silk Road brought diverse influences from foreign lands and all forms of artistic expression—painting, literature, sculpting, and pottery—reached an unprecedented level of refinement.

One of the most iconic types of Tang artwork is the polychrome ceramic horse or camel. Often the robust-looking animal is accompanied by a Western groom or rider.

The good times of the Tang Dynasty ended with weakened imperial control. But artists of the Five Dynasties period further developed prized white porcelain. Landscape paintings also reached mythic scale with a new style that drew on Taoist appreciation of nature that would become the hallmark of Song Dynasty painting.

The first half of this dynasty was peaceful; the second half full of upheaval.

The artwork of this period has a sedate air about it. Landscapes evoked sober emotions in the viewer. Song ceramics tended toward an earthy look, with simple lines—particularly those from the Cizhou kiln in Northern China.

This was the Mongol Dynasty, the first time China was ruled by a foreign power.

Eager to re-establish the primacy of Chinese cultural identity, some artists looked to ancient forms in their ceramic arts and sculpture. Yet early Ming decorative arts inherited the “richly eclectic legacy of the Mongol Yuan dynasty,” according to an essay in the Metropolitan Museum’s Heilbrunn Timeline of Art History.

The last Chinese dynasty, the Qing, was ruled by Manchurians, not ethnic Han Chinese.

Art and culture flourished under the Kangxi and Qianlong emperors.

Ultimately, though, it was Western demand for these cultural and commercial products that lead to the dynasty’s downfall.