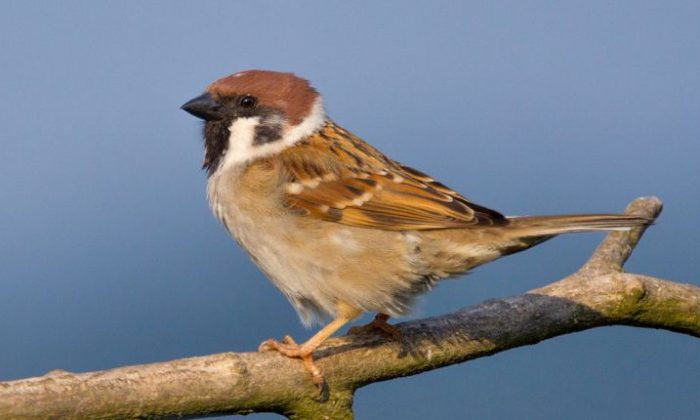 The campaign was known as the “Great Sparrow Campaign” or the “Kill a Sparrow Campaign,” but it was officially called the “Four Pests Campaign.” Historians believe this bizarre countrywide tactic contributed to the millions of deaths caused by the Great Leap Forward. Mao believed that he could force villagers into giant communes, and communist officials used coercion and violence to get them to work.

In total, the Great Leap Forward—which has been called the “worst mass murder of all time“—killed 45 million people according to historian Frank Dikötter, author of “Mao’s Great Famine.” Most of the deaths were the result of a man-made famine, but millions were also persecuted and killed.

In 1958, Mao, who was neither an ecologist, nor a farmer, personally identified mosquitoes, flies, rats, and sparrows as pests that needed to be eradicated. He claimed that the Eurasian tree sparrow needed to be killed because they ate grain seeds, mobilizing masses of Chinese people to kill off the birds. Bird nests were torn down, eggs were broken, and nestlings were killed.

“Mao knew nothing about animals. He didn’t want to discuss his plan or listen to experts. He just decided that the ‘four pests’ should be killed,” environmental activist Dai Qing told the BBC.

Schools, work units, and government agencies that killed the most pests would get recognition or rewards.

A Chinese newspaper captured the campaign:

On the early morning of December 13, the citywide battle to destroy the sparrows began. In large and small streets, red flags were waving. On the buildings and in the courtyards, open spaces, roads and rural farm fields, there were numerous scarecrows, sentries, elementary and middle school students, government office employees, factory workers, farmers and People’s Liberation Army shouting their war cries. In the Xincheng district, they produced more than 80,000 scarecrows and more than 100,000 colorful flags overnight. The residents of Xietu road, Xuhui district and Yangpu road Yulin district also produced a large number of motion scarecrows. In the city and the outskirts, almost half of the labor force was mobilized into the anti-sparrow army. Usually, the young people were responsible for trapping, poisoning and attacking the sparrows while the old people and the children kept sentry watch. The factories in the city committed themselves into the war effort even as they guaranteed that they would maintain production levels. In the parks, cemeteries and hot houses where there are fewer people around, 150 free-fire zones were set up for shooting the sparrows. The Nanyang Girls Middle School rifle team received training in the techniques for shooting birds. Thus the citizens fought a total war against the sparrows. By 8pm tonight, it is estimated that a total of 194,432 sparrows have been killed.

It was later discovered that the sparrows also ate a significant amount of insects—not just grains. As a result, rice yields substantially dropped. Killing the birds disturbed the country’s ecological balance, enabling crop-eating insects such as locusts to proliferate.

Historians believe the anti-sparrow campaign was a contributor to the death toll during the Great Chinese Famine, which killed 30 million.

“It ranks alongside the gulags and the Holocaust as one of the three greatest events of the 20th century…. It was like [the Cambodian communist dictator] Pol Pot’s genocide multiplied 20 times over,” Dikötter said of the Great Leap Forward.

In 1960—two years after the campaign started—Mao replaced sparrows with bed bugs on the list of banned pests.