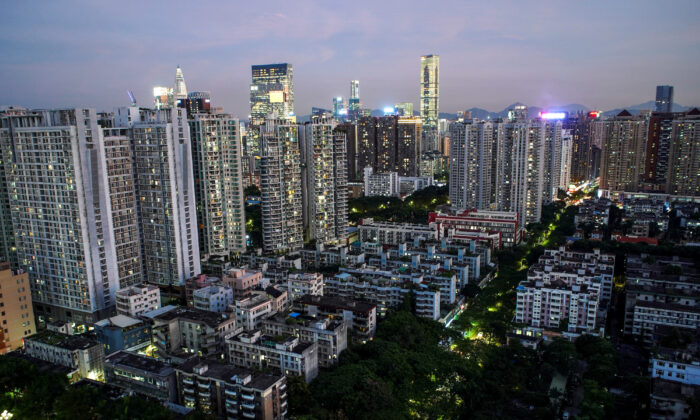 The southern city of Shenzhen, China’s tech and economic hub, has reduced the salaries of government employees by nearly 25 percent, a local official told The Epoch Times, who hasn’t been paid since November last year.

He believes the move indicates that the municipal government is running out of money and the central government lacks the financial resources to sustain an ailing economy.

“My monthly salary is roughly $2,400, and I haven’t received my salary for the past two months,” Lin Ying (alias), a government official of Shenzhen, told the Chinese-language edition of The Epoch Times on Jan. 27.

“There was no official announcement about the pay cut; the municipal government only told us verbally that our salaries would be reduced,” Lin said, who asked to remain anonymous due to security concerns.

Lin isn’t sure if he will get paid for January. If he won’t get paid for the first three months this year, then his annual salary would decrease by 25 percent, he said.

According to Lin, the amount reduced from salaries will go to paying taxes for previous year-end bonuses, which were nontaxable in the past.

Lin said that the underlying reason for the pay cut in Shenzhen is that the city does not have enough money to submit to the central government.

“The local government used to rely on selling land to earn huge revenues. Now that it is not able to do so, it is running out of financial resources,” Lin said.

The Chinese regime does not sell the land to property developers; it only sells land use rights, usually for 70 years.

Lin was given $15,700 as a year-end bonus every year, since 2018. But the amount of year-end bonuses is different for each work unit, he said.

The pay system of the Chinese regime’s public servants is probably among the most complicated and most opaque in the world. According to China’s Civil Servant Law, there are three major components of government employees’ income in China—fixed pay, merit-related pay, and welfare benefits.

The fixed pay is based on the job title and the administrative level of a position, and it is determined by a national standard. The merit-related pay includes bonuses and other incentives. The welfare benefits include various allowances and subsidies, including housing, transportation, and medical care. Some bonuses and welfare benefits of public servants are nontaxable in China.

Unconfirmed reports and posts on Chinese online news portals claim that the average wage cuts for Shenzhen government staff is about $12,600—this means that Lin’s salary would drop by over 40 percent.

Lin believes that both the central and local governments are resorting to various means to get money, including imposing fines on tech giants and the entertainment industry, and now “cutting the middle-class chives.”

“Cutting chives” is a popular Chinese term to describe the regime taking money away from ordinary citizens through manipulating policies.

Public servants in other cities are facing a similar situation.

Nikkei Asia reported on Dec. 30, 2021 that public servants will expect pay cuts—between $440 and $830 a month—in Hangzhou, which is the capital city of China’s affluent eastern province of Zhejiang and home to Alibaba. According to the report, the fixed salary of Chinese government officials will not be reduced.

French radio news portal RFI reported on Dec. 8 that in the less affluent areas of Guangdong Province, the subsidies and welfare benefits of government staff have been suspended, but the fixed salary will not be affected.

Shenzhen, one of the richest cities in Guangdong Province, used to pay $2,400 and $3,900 as a one-off settlement bonus to employees who have a bachelor’s degree and master’s degree, respectively, but has canceled these incentives since December last year, according to the RFI report.

“Shenzhen is a first-tier city in China and is far better off than other cities,” Lin said.

“When Shenzhen is not able to pay its government employees, this is a sign that China has serious financial problems.”

Sophia Lam contributed to this report.