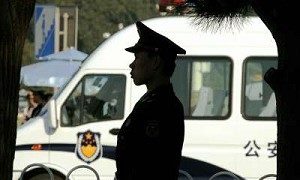 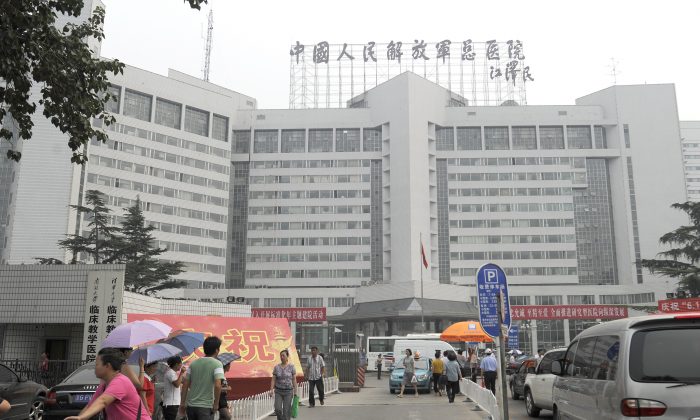 In China, the slogan “Serve the people” can be seen almost everywhere, but any sensible citizen knows that the country’s system is actually designed to serve the communist party and by extension, its leaders.

In a video ad that went viral on Sept. 15, Beijing’s 301 Hospital, touted that it is running a project dedicated to maintaining Chinese leaders’ health, and that the next stage is prolonging their lives to 150 years.

The ad was shown on WeChat, a Facebook-like social media platform. It soon sparked public outrage and was blocked the next day.

The 301 Hospital is rated the number one hospital in China and is where top Chinese leaders often receive medical care. The ad was intended to promote the hospital, by bragging about its advanced health project for Chinese Communist Party (CCP) leaders.

“With 60 years of development, the health project for our leaders has made tremendous progress,” the ad says. “From preventative medicine, medical care to recuperation, this comprehensive project focuses on prevention of cancer and cardiovascular disease, anti-aging, chronic disease management, regeneration of organ function, and healthy lifestyles. It is a unique health regimen that combines traditional Chinese medicine principles with Western medical technology.”

The ad claims that this health regimen is the best in the world, and supports this claim by telling the audience that the average life expectancy of the CCP leaders is 88, based on available data in 2008. This is generally older than that of the leaders of the Western developed countries.

The very end of the ad revealed that a project called “981 Health Project for Leaders” was launched in 2005, aimed at extending Chinese leaders’ lives to 150.

According to Radio Free Asia, the ad was blocked the next day for “inappropriate use of the image of state organs or staff.”

One prominent phrase in the ad is “regeneration of organ function.”

Exiled Chinese billionaire and whistleblower Guo Wengui once revealed that many Chinese communist leaders indeed live very long lives; but the secret of their longevity lies in killing young people for their organs when a leader has an organ failure or experiences problems caused by organ aging. They also transfuse blood serum from young police officers to help keep the transplanted organs in a healthy state.

It’s reported that transplanted organs may last up to 10 years, but some only function for two or three years. If someone relies on organ transplants to prolong his life, he will have to undergo organ transplantation several times.

Phoenix News, a Hong Kong-based pro-Beijing news group, revealed in a 2007 article that nutritional expert Zeng Xuyuan, dedicated to serving Chinese leaders, once shared some of the health tips that the leaders strictly follow to maintain good health: “They eat at least 25 different types of food every day. For each type, their daily intake is just a small amount, the key is that the diversity of food helps them get a relatively complete sets of nutrients.”

To be able to eat such a diverse spectrum of food, these leaders routinely consume a variety of snacks between meals.

Many Chinese netizens expressed their anger when this article came out, saying that the Chinese leaders must be eating all the time, no wonder the Chinese government is one of the least efficient governments in the world.

There is also an interesting anecdote about former Chinese leader Mao Zedong.

Sima Lu, an expert in Chinese Communist Party history, recalled a political study session he attended in Yan’an during the Sino–Japan war. Despite that Yan’an was one of the most impoverished regions in China at the time, the CCP top leaders decided that Mao should eat one chicken a day.

During a political session, Chen Yun, a top leader and host of the session, received a question slip from a communist cadre who asked, “Communists emphasize egalitarianism. So why is it that Chairman Mao can have a whole chicken every day when the rest of us are having a miserable life?”

Chen, after reading the question aloud, answered: “Yes, Chairman Mao eats chicken every day. Actually, this is against Chairman Mao’s will. He hopes to be treated the same as everyone else. But think about it, comrades, how important Chairman Mao’s health is for China’s revolutionary undertaking! That’s why the central committee ordered Chairman Mao to eat chicken, even though he doesn’t want to. Each comrade has a task in the revolution. Similarly, eating chicken is a revolutionary task for Chairman Mao.”

According to Sima Lu, Chen was well respected among communist cadres. After Chen provided such an explanation, no one questioned him.

A previous Epoch Times report quoted a top executive at a Chinese biotech company as saying that most terminally ill patients in China exhaust 60 percent of their life savings within a month.

Medical treatment, education, and housing are commonly referred to as “three oppressive mountains” in China, which means, they are the top three burdens for Chinese civilians.