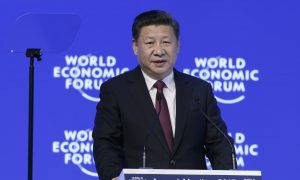 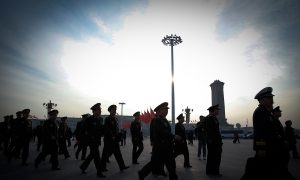 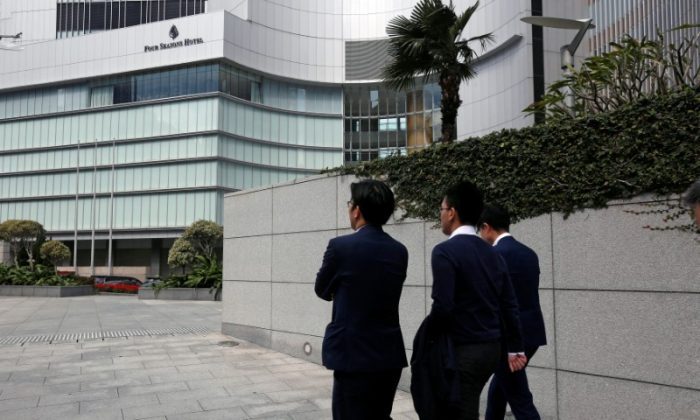 The conglomerate Tomorrow Group responded on July 18 to Beijing’s announcement of takeovers of nine of its subsidiaries with an online version of a “solemn statement.”

The Tomorrow Group was founded in 1999 by Xiao Jianhua, who has been suspected of being a “white glove” (money launderer) for certain high-ranking communist officials in China. Chinese commentators believe the takeovers—and the strong response from Tomorrow Group—reflect a power and money struggle between factions within the CCP.

The announcement accused the companies of violating Chinese laws, which thus triggered the process of takeover to protect the interests of investors. The takeover is in effect until July 16, 2021, when it can be extended by authorities. According to state-run media Xinhua, the companies were accused of unlawful operations and being unable to repay debts and investors.

A statement posted by the Tomorrow Group on its official WeChat social media account was sharply worded. The group referred to various “malicious slanders” and claimed the company has been actively disposing of assets according to regulators’ instructions. But the sudden takeover has disrupted their effort, the company said. The statement indicated that the group had properly secured all transactions and there was no collective protest action by investors since its founder Xiao Jianhua was “forced” to go back to China in early 2017.

It also stated that the regulator had exaggerated the group’s risks so as to “trigger the conditions for takeover,” and repeatedly rejected what the group had offered to pay off investors with its existing account of nearly 2 billion yuan (approximately $286 million).

The company said that for the past three and a half years, it had been fully cooperating with the authorities’ investigation, and helped its subsidiary to pay principal and interest by selling hundreds of billions of domestic and foreign assets and 300 billion yuan from the group’s funds.

But, according to the statement, the regulators obstructed the firm’s normal operations and management of subsidiaries by stationing personnel at the companies to monitor employees’ activities.

The group questioned the purpose of the highly publicized takeover by the regulators and claimed it will exercise its legitimate rights to report to relevant authorities openly with their real names. A few hours after this statement was posted, the content was blocked.

A Huge Empire and a Political Target

Tomorrow Group was aptly described by the Chinese media New Fortune in April 2013 as “an empire that’s huge, hidden, and scattered.”

Founded by Xiao Jianhua in 1999, within 20 years the group spanned multiple fields such as finance, industry, real estate, communication services, energy, and internet. Recently, the state-run Xinhua reported that the group had developed its empire through hidden transactions to build and own more than trillions of assets.

On Jan. 27, 2017, Xiao was abducted by six people in Hong Kong, where he and many other mainland Chinese entrepreneurs had taken residence. Since then, his whereabouts were never confirmed until this recent statement that he was forced to return to mainland China.

Overseas Chinese media have speculated that Hong Kong’s extradition bill was prompted by Xiao’s case, with some outlets reporting that Xiao was considered a “white glove” (money launderer) for top Party officials.

Since 1989, Xiao has helped families of Party elites with their business dealings. A source within the Party’s headquarters in Beijing told The Epoch Times in 2017 that Xiao was being investigated for his close ties to an official known for his loyalty to former Party leader Jiang Zemin.

Since taking power as Party leader in 2012, Xi has utilized a sweeping anti-corruption campaign to oust many of his political rivals. Xiao was believed to be targeted for investigation because of his close business dealings with Jiang faction officials.

Some Chinese commentators surmise that the Chinese regime’s takeover should not be considered simply an economic case, but rather a power and money struggle within the Chinese regime. The stern stance reflected in the company’s statement presents a direct challenge to Xi, they analyzed.