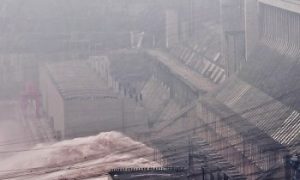 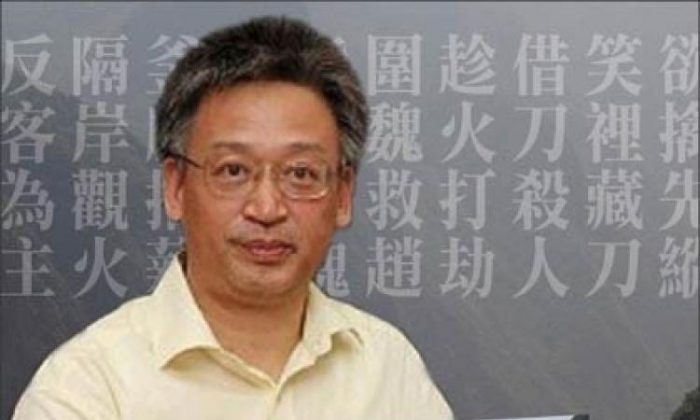 China’s Three Gorges Dam is the largest hydroelectric dam in the world, and at the same time, the most notorious dam project in human history. The site selected at the beginning of the project may well have been the prelude to a series of disastrous consequences.

Former Chinese leader Jiang Zemin forcibly launched the project in 1994, despite strong opposition from Chinese hydrologists, as he sought to boast of political achievements to consolidate his power.

Chinese state-run media claimed that after 24 years of geological studies, Chinese geologists proposed in a meeting in 1979 that a small island called Sandouping be chosen as the dam site for the Three Gorges Project.

These geologists said that the river bottom at Sandouping is relatively wide and the bedrock is hard, intact granite, making it an ideal location for a dam site, according to Chinese media.

However, some Chinese hydrologists and geologists have repeatedly warned that there are several seismic faults in the surrounding areas of the dam.

Wang Weiluo, a Chinese hydraulic engineer residing in Germany, told the Chinese-language Epoch Times in a recent interview that the dam site is composed of igneous rock, a type of rock formed through the cooling and solidification of magma or lava, and is relatively solid. However, from a larger scope, the geologic condition of the surrounding area is quite risky for Sandouping to be a dam site.

“The dam is located on granite bodies of Huangling anticline, which is surrounded by several big faults. The faults on the west side even directly pass through the reservoirs. All these faults have incurred earthquakes in Chinese history,” Wang said.

There are four relatively large earthquake faults in Hubei Province, and three of them are located in proximity to the dam. “Although these faults are short and small, ranging from dozens of miles to approximately 100 miles, being so close to the Three Gorges Dam makes them a serious threat to the safety of the dam,” Wang said.

Professor Weng Lida, former director of the Water Resources Protection Bureau of the Yangtze River Water Resources Commission, and one of the lead authors of the April 2007 “Yangtze River Protection and Development Report,” disclosed in the report that the three quake faults inside Hubei Province mentioned by Wang have already caused numerous small quakes since the dam was erected. The Three Gorges’ reservoirs, situated close to these faults, may induce an earthquake sometime later, according to Weng.

In December 2013, a 5.1-magnitude earthquake occurred in Badong County, Hubei Province. The epicenter was only about 70 miles from the Three Gorges Dam. It could well be a warning sign.

A dam project in India further illustrates that even for dams and reservoirs on solid geological settings, there’s a high risk that the dams will induce earthquakes.

The Koyna Dam is one of the largest dams in Maharashtra, India. It is globally recognized that the foundation of the Koyna dam is ideal in that the reservoir was built on the Indian side of the Indian-Australian plate, which was formed several million years ago. This type of geological structure is considered to be the most stable. The dam is located in the Precambrian geological zone, and the rock bottom of the dam is basalt, which is very hard. However, on Dec. 11, 1967, an earthquake of magnitude 6.5 occurred near the dam, the most intensive reservoir earthquake ever documented in human history.

Chinese authorities only focused on the bedrock foundation of the dam when telling Chinese people why the dam site was an “ideal location,” while well-known and well-identified seismic fracture zones were located only a few dozen miles away from the massive project.

This highly politicized project also sets records for the number of people displaced, the number of cities and towns flooded, and the length of the reservoirs. Moreover, throughout its construction and operation, the project has been plagued by corruption, spiraling costs, environmental impacts, and resettlement difficulties.