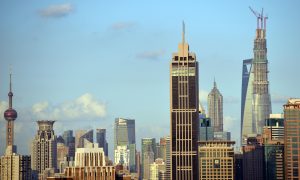 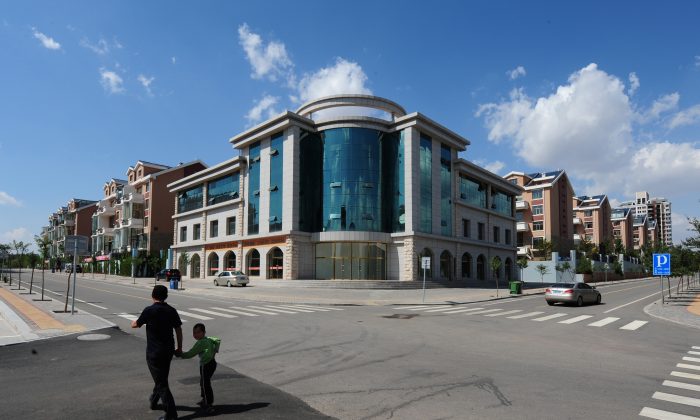 Is the Chinese housing bubble finally bursting?
By Valentin Schmid

For years now the terms “Chinese housing” and “bubble” were invariably uttered together; sometimes with exclamation marks and sometimes with questions marks. In 2014 another word has been added: burst.

“As for the housing market, the average estimate of a price correction appears to be 20–30 percent over a two-year timeframe,” Junheng Li of JL Warren Capital writes in a note.

A correction roughly similar in size of the price decline the United States national housing index suffered after its bubble popped in 2006. Just by looking at the numbers, however, it appears that China’s bubble is even bigger than all previous real estate bubbles.

HSBC compared the total value of residential housing to total GDP and found that China has surpassed the level Japan saw before its stock and real estate markets collapsed in 1990. At that time, all residential real estate in Japan was worth 3.7 times its GDP. Hong Kong at 3 in 1997 and the United States at 1.7 in 2006 pale in comparison.

Rising more than 300 percent since the year 2000, prices in some areas have suffered sharp corrections from time to time only to then recover swiftly. In 2014, however, the decline in prices seems to be broader and sustained according to data published for the month of June.

Compared to May, prices fell in 55 of 70 cities according to the National Bureau of Statistics as developers introduced discounts to boost sales. June marks the second consecutive month showing a decline in national prices (-0.46 percent). Even Tier 1 cities such as Shanghai (-0.6 percent), Guangzhou (-0.6 percent) and Shenzhen (-0.4 percent) were affected.

Despite the cuts, analysts from Société Générale state transaction volume declined and inventory has reached a record high.

An executive at a Shanghai real estate company told the 21 Century Business Herald on the condition of anonymity, “We can indeed feel that the industry has truly gone downward since the end of 2013.”

Most experts believe the relentless rise in prices has made housing unaffordable for the majority, as incomes haven’t kept pace. In addition, many local governments have placed purchasing restrictions on second homes especially, and the central regime has told banks to tighten lending standards. As a result, mortgage originations declined 2.6 percent compared to June 2013.

Chinese economist Gao Shanwen told the Herald, “The period of getting rid of bubbles and destocking has started in the real estate market nationwide, and the process will escalate in the next three to five years.”

“We think that the housing market equilibrium was reached around 2013–2014.  In other words, the Chinese home market has just passed the inflection point of fundamental shortage being replaced by fundamental surplus,” writes Li.

As was the case with U.S. subprime mortgages, developers and builders will be affected first.

“Our industry survey suggests that a more than 30 percent price correction in the next 12 months is necessary to move inventory. That correction is likely to push low-margin developers off the cliff,” Li writes.

JP Morgan’s China chairman of investment banking Frank Gong estimates that 87.5 percent of the 80,000 real estate developers currently in business might be wiped out.

“Many developers will vanish during the price fall and industry reshuffle in the future,” he said at the 2014 Noah Private Wealth Management Forum in Qingdao City, July 19. He thinks a price decline of only 10–15 percent will be enough to achieve this industry consolidation.

Reported earnings from developers confirm the trend is turning. Out of 53 companies that reported earnings on July 22, 14 are already posting losses, and 13 are expected to lose money soon.

“[This] is alarming because construction activity contributes 20 percent of GDP. Something else now needs to fill the void, and that is likely to be infrastructure projects,” writes Li.

Contrary to its claims, the Chinese regime has not managed to transition the economy from investment to consumer demand. The level has been stable at a relative low level of 34–36 percent for the last five years.

So if the Chinese regime wants to achieve its growth targets, it needs to pump money into infrastructure investments and delay the pro-consumption reforms.

Frank Gong believes the bursting of the real estate bubble will be contained because the loans remained within the banking system and—unlike subprime—haven’t been securitized and sold off. “There won’t be level effect in the real estate financial risks, if price falls, let it fall, but it will not drag down the banks,” he said.

Junheng Li is less optimistic: “Banks are tight in liquidity as they are facing an increasing amount of nonperforming loans (NPL) that need to be ever-greened. Those NPLs include loans to local government financing vehicles and State Owned Enterprises.” China’s NPLs have risen from a mere $65 billion in the third quarter of 2011 to $95 billion in the fourth quarter of 2013.

Research by Richard Vague, managing partner at Gabriel Investments suggests the rapid growth in debt and nonperforming loans will inevitably lead to a financial crisis.

Looking at historical crises like Japan in 1990, the United States in 1929 and 2008, as well as Spain in 2008, he found out that growth in private debt of more than 18 percent over a five-year period will lead to a financial crisis. In China, private debt, which includes mortgages, has grown 56 percent from 2007 to 2012.

He thinks the cleanup process could cost China 20–40 percent of GDP and could last for a generation.

The Chinese authorities probably share these concerns, which is why they have reacted by relaxing housing buying restrictions in a few locales.

Junheng Li thinks this is too little too late. “In areas when purchasing restrictions are relaxed, demand has not caught up materially such as Tianjin,” she writes.

“During a downturn, homebuyers lose faith in the continued rise of house prices. When confidence collapses, there is nothing the government can do to boost fundamental demand for expensive properties.”