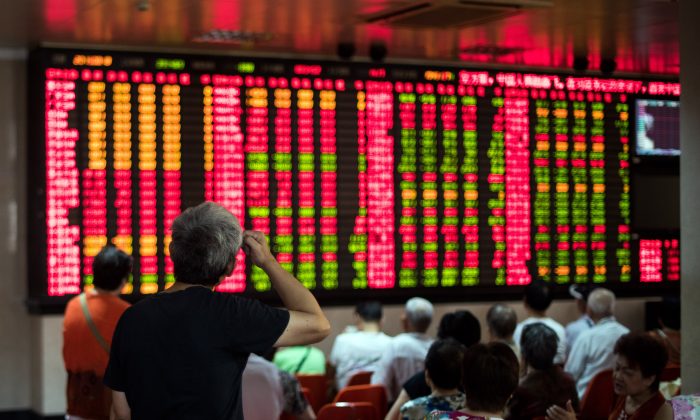 China’s Stock Market Woes Are Back in Full Force

China’s stock market has been rising steadily since its Aug. 26 low until Black Friday, Nov. 27, when we got a reminder that China’s market is at the whim of the authorities.

Why the sudden drop? There are at least four main reasons:

Guotai Junan International Holdings Ltd. this week said it had been looking for its Hong Kong branch chief executive Yim Fung since Nov. 18, who could not be reached by phone and has not showed up again until this day.

“After the stock market bubble burst they just continue to clamp down on markets, pull away rights to trade, create an environment where people are afraid to trade even though they have done nothing wrong,” said China expert and “Red Capitalism” author Fraser Howie.

None of this reflects a properly functioning market, let alone a rising one. “They attach these market concepts and names to something that is not a market,” says Diana Choyleva, Chief Economist at Lombard Street Research.

Four: Last, but not least, another two Chinese companies announced they will probably default on the payment of debts next week.

Jiangsu Lvling Runfa Chemical Co., is calling on its debt insurance to make a 53.1 million yuan ($8.3 million) payment in bond principal and interest due Dec. 4, according to Chinamoney.

Sichuan Shengda Group Ltd., said it may not be able to make good on a promise to take some notes back on Dec. 5, it stated on Chinamoney.

This at least could be the only good news of the day, albeit for the long-term.

“I want more defaults, another sign we are moving toward a more open a more market driven economy,” says Fraser Howie.