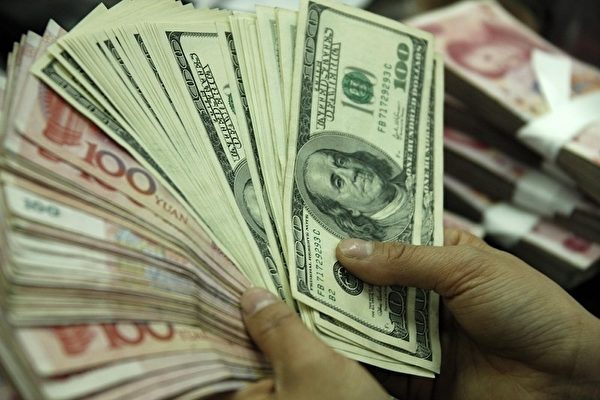 The U.S. dollar has long been recognized as the leading global reserve/fiat currency. But recent hardships posed by the pandemic, war, economic sanctions, dwindling food reserves, and energy shortages have motivated some countries to accelerate the diversification of their currencies.

This emerging trend is referred to as de-dollarization.

Official media of the Chinese Communist Party (CCP) have encouraged this approach, pointing to how the Bank of Israel recently adopted China’s yuan or RMB currency in a move it hopes will enhance its foreign exchange reserves, although on closer look, the move isn’t necessarily a vote of confidence for China.

China’s RMB already accounts for a small percentage of some countries’ foreign exchange reserves. But there is not one specific currency that has fully replaced the U.S. dollar as the leading global currency.

Israel’s foreign currencies have relied primarily on the U.S. dollar, euro, and pound. But in addition to the RMB, Israel will soon be adding the yen and the Canadian and Australian dollars.

Bloomberg reported on April 20 that this was the largest adjustment to Israel’s foreign reserves in more than a decade. Insight into what motivated the adjustment was provided by the Bank of Israel’s Monetary Committee and their discussions in 2021.

The report referenced how the composition of Israel’s foreign exchange reserves had fluctuated. For example, the U.S. dollar’s share of Israel’s foreign exchange reserves fell from 66.5 to 61 percent and the euro fell from 30 to 20 percent. The report also noted the British pound share rose to 5 percent. As for Israel’s new reserves currencies, the yen represented 5 percent while the Canadian and Australian dollars each represented 3.5 percent. China’s RMB represented the lowest share at only 2 percent.

Although the RMB accounted for the lowest share of Israel’s foreign currency reserves, the Chinese official media would like you to believe otherwise.

On April 24, Chinese internet services company Sohu published a post from the Defense Times, the CCP’s only defense-focused newspaper. The post claimed that Israel was “dumping the U.S. dollar for the RMB.”

The reason, said the post, was that the U.S. dollar’s status on the international stage was being challenged as the market share of the oil RMB expands. The “oil RMB” refers to Beijing negotiating with Saudi Arabia to use the RMB for its oil purchases from the kingdom, which was reported on March 15 by Alpha Southeast Asia.

Also, the previously mentioned Defense Times article claimed how the Russia-Ukraine war had caused multiple countries to “accelerate the process of de-dollarization and turn their attention to the RMB.”

However, it also compared de-dollarizing to squeezing toothpaste, suggesting the process needs to be “pushed forward little by little.” The article cautiously admitted, “We can’t think the RMB is already in a strong position” because the wind may change in the future.

A similar caution about the RMB was shared by Albert Song, a researcher and financial expert with the think tank Tianjun. Based on his 27 years of experience in China’s financial sector, Song told the Epoch Times on April 25, “Right now, no currency seems to be able to replace the U.S. dollar as the global currency.”

When asked about Israel’s addition of the RMB currency for the first time, Song said, “All countries use multiple foreign currencies and RMB still accounts for a small percentage of foreign exchange reserves. At present, the proportion of U.S. dollar-denominated assets in global assets is very high. For example, U.S. dollar assets account for about two-thirds of China’s official foreign exchange reserves.”

Song also said, “The important point is that the sovereign currency of a country is recognized by more countries. Although the CCP claims the RMB is on the road to internationalization, its share of international payments over the years has only been 3.2 percent. This is because the RMB is controlled, not freely convertible, and it has poor credit.”

Song believes the CCP is attempting to internationalize the RMB by linking it to oil.

He says, “The CCP wants to use some assets to bind the RMB for valuation or settlement, trying to make it acceptable to more countries. This is actually a threat, and it is believed that in the process of reverse globalization, countries will reject the CCP’s behavior.”

In March of 2018, crude oil futures were listed for trading by the Shanghai Futures Exchange. When this was announced, the China Securities Times reported that the launch of the “Chinese version of crude oil futures” was more significant than expected.

What made this announcement significant was another report in January that year by China’s National Petroleum News Center. It stated there was a big gap between China’s crude oil futures and the light, low-sulfur crude oil known as the West Texas Intermediate (WTI) futures contract listed by the New York Mercantile Exchange (NYMEX), and the Brent futures contract listed by the London International Petroleum Exchange (IPE).

Currently, warehouse delivery of China’s crude oil futures is limited to its domestic market only. Delivery is a futures term. It refers to the settlement of funds between an investor and a brokerage firm but can also be interpreted as the delivery of goods and payment of money to close a transaction.