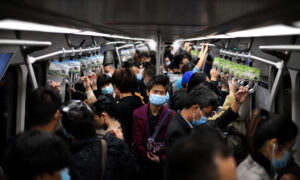 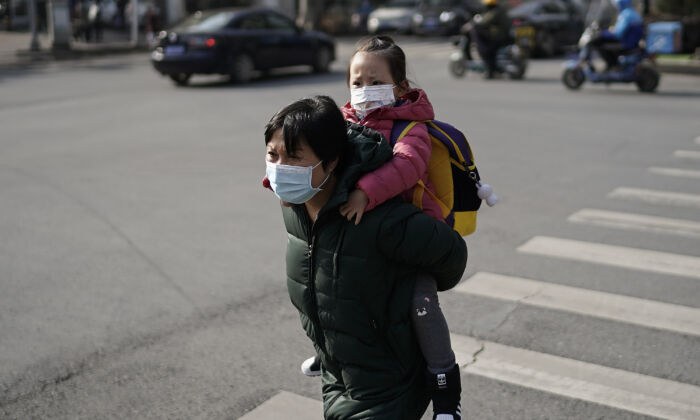 China’s southwestern province of Sichuan has entered “wartime” status in order to make preparations for containing the spread of COVID-19, local authorities announced on Dec. 8.

The provincial capital of Chengdu announced a local outbreak after at least six residents were diagnosed with COVID-19 within 24 hours, but have not yet disclosed information on how they contracted the CCP virus.

Following the pattern of other Chinese regions, Sichuan reacted to the outbreak by locking down areas the infected patients recently visited, mandating local residents to undergo nucleic acid testing, and quarantining people who were close contacts.

But without transparent information, locals complained about the strict quarantine measures.

The Chinese Communist Party secretary of Sichuan Peng Qinghua hosted an emergency meeting on the morning of Dec. 8, in which he ordered all officials in the province to deal with the outbreak.

All potential close contacts must be identified via China’s ubiquitous surveillance camera system and then quarantined. Residents’ movements should be tightly controlled, Peng said.

Later that day, 4 out of the 13 district governments in Chengdu announced that it would organize mandatory nucleic acid testing for some of its residents.

Pidu district, for example, listed dozens of villages as high-risk areas and mandated that people be tested at 183 temporary testing sites. It also told people to keep a distance of three feet from each other while lining up for testing.

According to official data, the four districts have a total of 3.76 million residents. It is unclear what are the criteria for determining who must take the test.

Chengdu University of Technology is located in Chenghua district, one of the four designated for mandatory testing.

On Dec. 8, the university was officially sealed off by authorities, after one diagnosed patient was found to have visited a bar close to the university in the past four days. From Tuesday, no teacher or student is allowed to leave the campus unless they are approved to do so by the university’s leadership team.

Students shared with The Epoch Times videos they shot inside the campus.

They said that all students who visited nearby bars were quarantined and separated at unknown places. All other students were initially told to stay in their dorms, but the university later said all students at the Xiangzhang 2C women’s dorm building must move out within three hours, and didn’t allow students to ask any questions.

The university explained that they would use the 2C dorm to house all quarantined students. Students from the 2C dorm about the short notice and said the university did not respect their rights.

On Dec. 7, Pidu District People’s Hospital, where the alleged first diagnosed patient in the latest outbreak was found, was sealed off. All restaurants and grocery stores nearby were also forced to close.

State-run newspaper Sichuan Daily reported that all doctors and nurses inside the hospital were tested and quarantined inside. Temporarily, they wouldn’t be allowed to leave the hospital, according to the report.

Local authorities noted that one of the confirmed COVID-19 patients, a 20-year-old female, had visited parks, salons, restaurants, and bars in different districts of Chengdu before she was diagnosed.