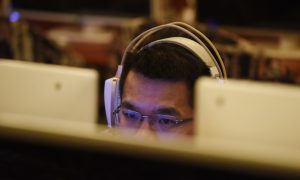 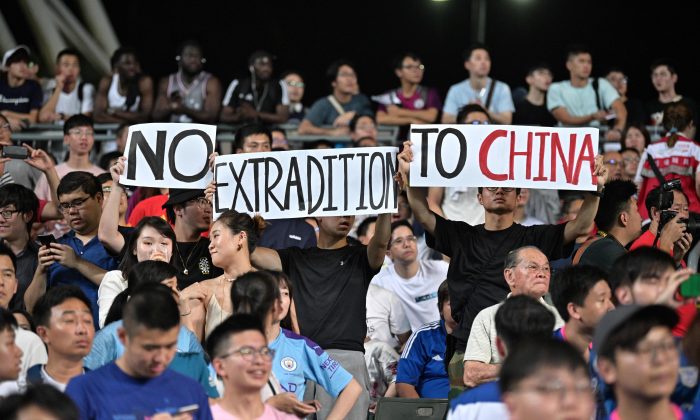 Diba Central Army, also known as Li Yi Bar, is a popular Chinese social media platform that boasts over 30 million subscribers and the endorsement of Chinese state media. The group emerged in 2004, initially as a fanpage for the former Chinese football player Li Yi. Characterized as pro-Chinese-Communist-Party, the forum is known for defending the Party’s policies and political stances. They often attack online users who criticize the Party, or people perceived to have offended the Chinese government. They spam websites across the worldwide internet with verbal abuse and nationalist comments.

“Wherever Diba’s expeditionary force reaches, not even a blade of grass can be spared,” it proclaimed.

Hong Kong in recent months has seen some of the largest protests in its history as an increasing number of Hongkongers have called for universal suffrage and a controversial extradition bill to be withdrawn. The proposal, which would allow fugitives and criminal suspects in Hong Kong to be extradited to China, has caused widespread fear, given the Chinese regime’s record on unfair trials and persecution of dissidents.

During a rally on July 21, a group of pro-democracy protesters defaced the Chinese national emblem outside the Liaison Office, Beijing’s representative office in Hong Kong, in an act of protest over the bill, which they perceive as the latest evidence of Beijing’s encroachment over local affairs. This prompted the Diba army to start yet another “expedition” to defend the Chinese government’s dignity.

After bombarding the Facebook pages of two pro-democracy groups—rally organizer Civil Human Rights Front and local political party Hong Kong National Front—with tens of thousands of comments, the group found their next target: the Hong Kong-based Lihkg.com. The latter is a Reddit-like online forum where many Hong Kong protesters have lately used as a platform to share information and strategies while organizing mass demonstrations.

On July 23, Diba posted an announcement on Weibo, a Chinese equivalent of Twitter, claiming that it would mobilize 12,000 trolls to attack Lihkg.com at 8:00 p.m. local time on the same day. They also left tips for mainlanders on how to circumvent through China’s firewall in order to reach Hong Kong websites, which are usually blocked.

Yet hours before the scheduled attack were to take place, Diba announced that it would cancel the event, adding that it would not bear responsibility for any incidents conducted in their name. The group also said that they decided to cancel the event so as to “not disrupt the regular life and order of Hong Kongers.”

Unlike typical internet forums, Lihkg.com restricts its membership to those who have a valid email address or higher education affiliation email address, creating challenges to the trolls.

Based on the comments the Diba members left on the pro-democracy platforms, Hong Kong netizens managed to track down extensive personal information of several key Diba members and administrators, including their real name, ID number, address, phone number, and banking information.

One Diba member who was tracked down by Hong Kong protesters recounted his doxing on another popular Chinese discussion forum, Douban. That Diba member said that the Hong Kong protesters had filled out an online army recruitment application in his name. On the form, they checked a box for him to volunteer in China’s poorer and remote regions. “I really felt an urge to call the police,” he said.

The form also includes a question about one’s religion. The doxers got back at the Diba user by saying he was a practicing Muslim; in China, they face discrimination and in the case of Uyghur Muslims living in the Xinjiang region, constant monitoring.

Following that incident, a Diba administrator posted on the group’s official Weibo that he would no longer update the social media account. On July 24, Diba announced that the group will be disbanded to ensure their privacy and personal safety.

“When they act as lackeys for the Chinese Communist Party, they also turned themselves into potential victims,” Canada-based human rights advocate Sheng Xue told the publication’s sister media NTD Television.

Although Diba’s relationship with the government remains unclear, critics said that given the strict internet regulations in China, it’s unlikely that Diba would be able to rise into its widespread presence as today without state sponsorship.

Following the Taiwan presidential election in January 2016, the group organized a flood attack under the theme of countering Taiwan independence. Beijing considers the self-ruled island part of its own territory and has never renounced the use of force to unite it with the mainland.

After the incident, the state-run China Daily and Global Times ran multiple articles lauding the confidence, expressiveness, and patriotism of Diba.

Similar attacks were also launched targeting several celebrities, such as Hong Kong pro-democracy singer Denise Ho, and Taiwanese singer Chou Tzu-yu, who is part of a South Korean girl band. Chou, then 16, was forced to give a televised apology days earlier after Chinese netizens criticized her for waving Taiwan’s national flag.

In September 2018, Swedish broadcaster Sveriges Television reported on the inappropriate behaviors of some Chinese tourists in Sweden. China’s Ministry of Foreign Affairs spokesperson immediately criticized the show and said it was “insulting China.” And on the same day that statement was released, Diba organized a team which attacked the Facebook pages of the program, the TV anchor, as well as the Swedish Ministry for Foreign Affairs.

In April, the group attacked the Facebook pages of two Uyghur human rights groups headquartered in Europe. The Global Times praised the attack as a grassroots effort to counter “inaccurate reporting” about Xinjiang.

Human rights advocate Sheng Xue said that it would be unlikely for such large scale, systematic attacks to take place without the authorities’ approval. She also noted that Diba enjoys the exclusive freedom of openly browsing through overseas websites using VPN, which is banned in China.