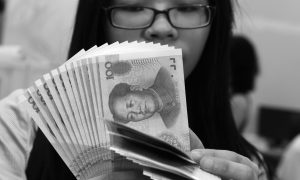 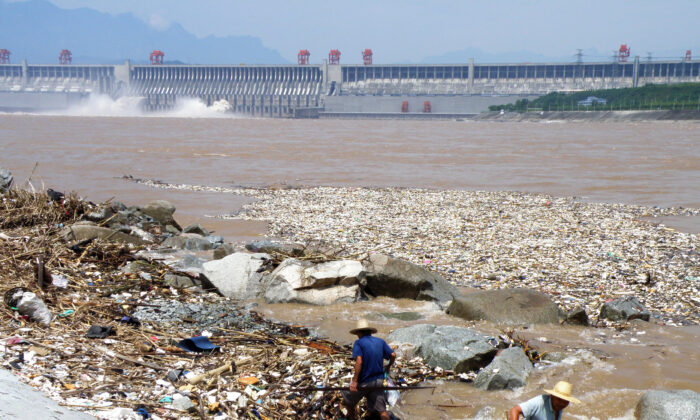 With 91 percent of the 8.8 million tons of plastic added to oceans each year originating in rivers, the Yangtze and five other Chinese rivers are the dominant polluters.

Pollution of the marine environment with plastic debris is widely recognized as an increasing ecological concern because of the chemical persistence of plastics and their fragmentation into “microplastics,” which can be ingested by small organisms, such as zooplankton, that are eaten by increasingly larger predators in the food chain.

China currently dominates the plastics industry with about 143 million tons of production, or about 29 percent of the global market share. But China for decades also provided reprocessing services for about 70 percent of global plastic recycling.

Since most plastic packaging wrap cannot be profitably recycled, much of China’s domestic plastic waste and imported plastic were disposed of by non-regulated “fly-by-night recyclers” that “dumped stuff they couldn’t recycle, causing pollution on land and in waterways,” according to a National Public Radio investigative report.

Of the 8.8 million tons of plastic waste that flows down the world’s “small first order streams to large rivers that discharge to the sea,” the “top ten” polluting rivers account for 88-95 percent of plastics that flow each year into the world’s oceans.

The six Chinese rivers on the “top ten” list—the Yangtze, Yellow, Hai, Pearl, the Amur that borders Russia, and the headlands of the Mekong River—account for about 3.8 million tons, or almost half of the world’s plastic flow into the oceans. The Yangtze alone accounts for 1.6 million tons of plastic discharged into the oceans.

The Chinese regime began cracking down on plastic pollution beginning in 2017, with the central government moving to ban almost all trash imports by mid-2018. The move ended the 700,000 tons of plastic refuse exported each year by the United States to China.

The Huffington Post reported that the city of Shanghai began enforcing mandatory residential and commercial color-coded sorting for garbage: black bins for “dry,” brown for “wet,” blue for “recyclable” and red for “hazardous.” Sorting waste into these categories became mandatory in the city on July 1.

China only recycles about 20 percent of its waste, compared to about 35 percent in the United States. The nation historically relied on millions of “informal” entrepreneurs that dug through the trash containers for plastics and glass to sell. To increase recycling volume,  Shanghai’s fine for each recycling color infraction is now 200 yuan, or about $28.