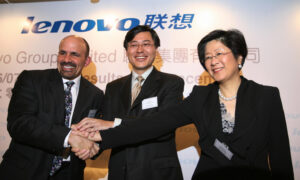 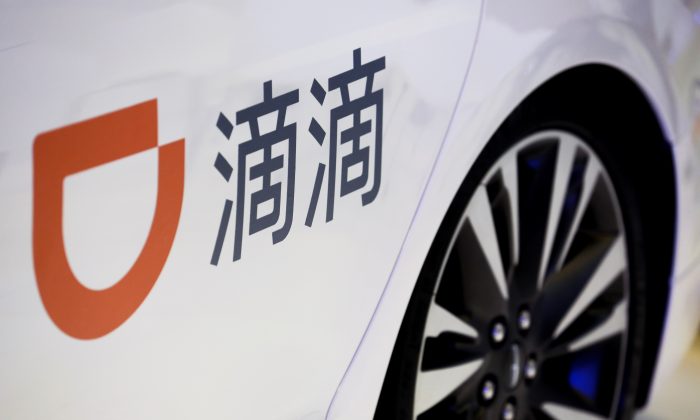 The company logo of the Didi ride hailing app is seen on a car door at the IEEV New Energy Vehicles Exhibition in Beijing on Oct. 18, 2018. (Thomas Peter/Reuters)
Business & Economy

“The driver’s qualifications and background checks are not in place. The company’s management of people and vehicles is out of control,” the ministry said, referring to Didi that accounts for around 90 percent of China’s ride-hailing market.

The ministry said it would “severely crack down” on ride-hailing firms hiring illegal drivers and fine Didi’s executives and legal representatives an undisclosed amount of money.

In one of the incidents, the driver was able to circumvent safety controls on Didi’s app to use a relative’s account, despite being previously flagged for harassment.

Clocking roughly 30 million rides a day, Didi is currently the world’s No.2 ride-hailing firm behind Uber.

But it has lately been struggling to counter a marked increase in wait times in large Chinese cities, where residence restrictions on drivers as part of a broader push to regulate the industry have slashed the number of available rides.

The ministry said that there are still a large number of illegal cars and it will urge local authorities to target unqualified drivers, which could exacerbate the shortages.

“Didi’s service times have been drastically affected over the last few months following removal of drivers from the platform who did not have local registration in the cities that they were driving in,” said Ben Cavender, Shanghai-based principal at China Market Research Group.

“The majority of consumers that we speak to who use ride sharing platforms used Didi first but are increasingly looking at other options.”

Didi’s business has already been impacted by the suspension of its carpooling service that was advertised by Didi as a way to meet people. Authorities said on Wednesday that the suspension of Didi Hitch would continue indefinitely.

“As a young company, Didi still needs to work on many shortcomings and imperfections that have brought the public great concern,” Didi CEO Cheng Wei said in a statement.

“Even if the industry might not be able to completely root out criminal behavior or accidents, we will try our upmost best to protect riders and drivers.”

An Aug. 27 analysis report by DW News said that while Didi Hitch was launched in 2014 on solid business principles, it had taken a turn for the worse in the years that followed.

Despite its name, Didi Hitch is not a genuine carpool service. Most of the drivers worked at the job full-time, yet didn’t have to pass strict background checks or work under effective management. The barrier to entry is low, with no initial fees, allowing drivers to provide cheap trips for their passengers.

When Didi increased the commission from 5 to 10 percent of the fare, many drivers turned to accepting customers, then asking them to cancel and pay them directly in cash. This caused the company to further lose control over its drivers and thus the passengers’ safety.

Some observers have highlighted the backgrounds of the perpetrator, the victim, and the economic role that affordable, but risky services such as Didi Chuxing play in Chinese society.

To help rebuild consumer trust, Didi has said it will expand its in-house customer service team to 8000 people from 5000 as part of a wider 140 million yuan ($20.14 million) upgrade.

Didi is investing heavily overseas, including South America and Australia, where it has launched its own service and is acquiring local competitors in a fierce battle with Uber.

Since buying Uber’s China business in 2016, Didi has dominated the domestic ride-hailing market. But new rivals have begun entering the fray, including a service backed by Meituan Dianping, with the government looking to reduce anti-competitive behavior in the industry.

By Cate Cadell. The Epoch Times contributed to this report.