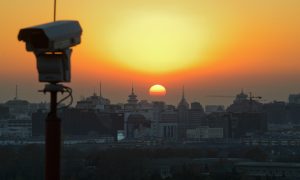 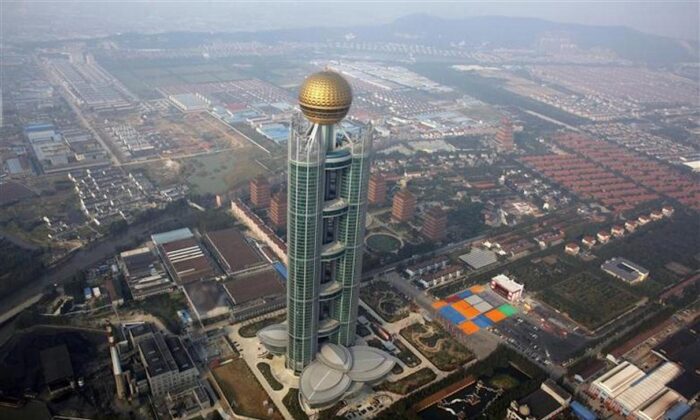 Huaxi Village in Jiangsu Province, once touted by the Chinese regime as “China’s richest village,” is in financial trouble, a situation that reveals the corruption among the elites, experts say.

Huaxi Group, a company that’s collectively owned by the village and its residents, and has many sub-companies and listed affiliates, has a debt load of 40 billion yuan (about $6.17 billion), leading some Chinese media to claim that it’s bankrupt.

On Feb. 25, a video that showed a large number of residents waiting in several lines in the village square to withdraw their money from Huaxi Group went viral. Some residents told Chinese media that since Feb. 24, the dividend of Huaxi Group’s shareholding has suddenly dropped to 0.5 percent from 30 percent. Because the 30 percent dividend had lasted for several years, many villagers invested.

According to mainland Chinese media portal Sina, Huaxi Village’s Communist Party Committee said that the company had sufficient funds. However, that didn’t ease shareholders’ concerns and many continued to withdraw money. Some said that they were lucky to be able to get back their principal, as they were afraid of not receiving any money back.

Following the rollout of its “reform and opening up” policy in 1978, the Chinese Communist Party (CCP) promoted Huaxi Village as an example of its “collective economy” model under the campaign of “building a new socialist countryside.” Huaxi was dubbed as “China’s richest village” and “the first village in the world.”

Mainland Chinese media reported that the A shares of Huaxi Group were listed on the Shenzhen stock market in 1999. Huaxi Group became China’s first listed company that was named after and owned by a village and was hailed as “the first rural stock in China” by state-run media.

Huaxi Group’s capital flow has been strained for a long time, Chinese media reports say. The company had a loss for the first time in 2020, losing 390 million to 435 million yuan (about $60 million to $67 million), Chinese news portal Sina reported, citing a performance report released on Jan. 26.

“Huaxi Village’s enterprises are claimed to be collectively owned by the village, but they are actually controlled by the Wu family—they are the head of Huaxi’s Communist Party Committee. The son inherits the father’s position and business, and the grandson succeeds,” Beijing-based scholar Rong Jian wrote on Twitter.

“The miracle of Huaxi Village, to put it bluntly, is that it totally relies on loans from the government and currently has nearly 40 billion yuan (around $6.17 billion) in debts. However, it only has 7 billion yuan (around $1.08 billion) in funds. How could they pay off the debt? It’s a huge irony that these private family businesses under the banner of ‘collective economy’ have been long-established by the government as a model of collective economy.”

Rong pointed out that this is a typical example of crony capitalism under communism.

“This kind of enterprise will collapse sooner or later. It is now acquired by the State-owned Assets Supervision and Administration Commission of China, using state money to fill the holes hollowed out by them. It can be regarded as a safe landing [for them],” he said.

Cai Xia, an outspoken critic of the CCP and a former professor at Beijing’s Central Party School, wrote in Feb. 28 tweet: “Huaxi Village is essentially an epitome of communist China. Do the former and current members of the Politburo of the CCP dare to take the lead in disclosing the properties and wealth of their families?”