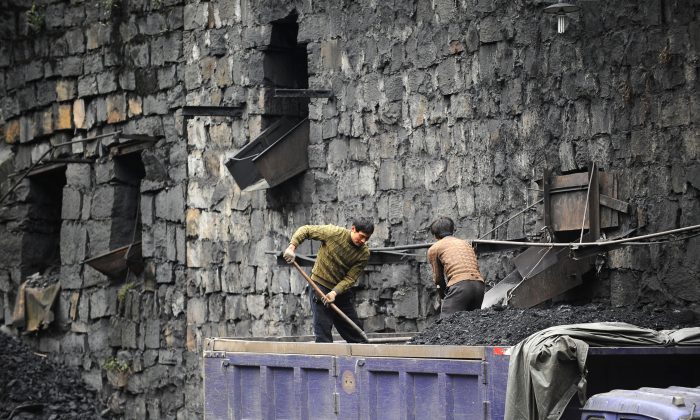 Chinese coal miners load coal into trucks in a mine in southwestern China's Sichuan Province, on Dec. 10, 2009. (AFP/Getty Images)
China

China’s provinces are recording total gross domestic product (GDP) that adds up to more than the national total even though seven provinces have yet to report, according to a recent report by the Beijing Times.

Experts say local governments are inflating their data. Liu Yuanchun, deputy director of the School of Economics at Remin University of China, told the Beijing Times local governments modify their data “to make them look better and to fulfill the requirements of energy-saving, GDP, and other indicators.”

In 2013, 24 provinces targeted a GDP growth rate in double digits, but the actual numbers fell well below those growth rates.

13 provinces, mostly in central and western China, met their targets. The more well-developed eastern provinces’ growth rates were less than 9 percent. Among them, Beijing’s expected growth fell below 7.5 percent, which ranks last along with Shanghai.

The growth targets for 2014 are more conservative. Only China’s wealthiest province, Guangdong, raised its expected GDP growth rate for the year 2014. 20 provinces decreased the expected growth rate and 5 provinces maintained the same growth rate, compared to the year earlier.

Overall, the same pattern follows from last year where western provinces expect to have a higher growth rate compared with those of the eastern provinces

Liu Shangxi, Deputy Dean of Research Institute for Fiscal Science at the Ministry of Finance, said based on “pro-infrastructural change and pro-reform,” it was unrealistic to have expected high growth. “Lowering the GDP growth rate is very normal,” he said.