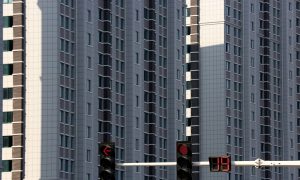 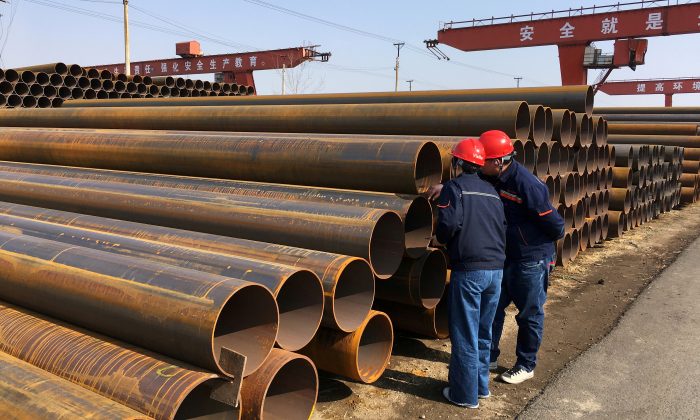 BEIJING—China’s factory-gate inflation slowed for a seventh straight month in January to its weakest pace since September 2016, raising concerns the world’s second-biggest economy may see the return of deflation as domestic demand cools.

Consumer inflation, meanwhile, eased in January from December to a 12-month low due to slower gains in food prices, official data showed on Feb. 15, despite the Lunar New Year holiday, which typically pushes up demand for food.

China’s producer price index (PPI) in January rose a meagre 0.1 percent from a year earlier, data from the National Bureau of Statistics (NBS) showed, a sharp slowdown from the previous month’s 0.9 percent increase. Analysts polled by Reuters had expected producer inflation would slow to 0.2 percent.

On a monthly basis, producer prices have already been falling over the past three months. In December, PPI fell 0.6 percent, moderating from a 1 percent decrease in December.

“It is too early to say China has entered the deflationary environment, but the risks definitely have heightened,” said Raymond Yeung, Chief Economist of Greater China at ANZ, adding that profitability of upstream industries will come under pressure.

Data showed prices for raw materials fell in January for the first time in over two years, swinging from an 0.8 percent rise in December. Price rises in the production sector also turned negative.

“With factory-gate deflation likely to deepen in the coming months, we expect policymakers to roll out further measures to ease financial pressure on industrial firms, including cuts to benchmark lending rates,” said Julian Evans-Pritchard, senior China economist at Capital Economics.

The CPI rose 1.7 percent in January from a year earlier, slower than the 1.9 percent increase in December, and below expectations of a 1.9 percent gain.

On a month-on-month basis, the CPI rose 0.5 percent.

The food price index in January rose 1.9 percent from a year earlier, down from December’s reading of 2.5 percent, data showed on Friday.

The moderation in food prices breaks the historic pattern of acceleration that typically precedes the week-long Lunar New Year, which came in the first week of February this year.

While the slowdown was due in part to a decline in pork prices as the effects of African swine fever on the industry receded, the broader impact on prices pressures remains a concern.