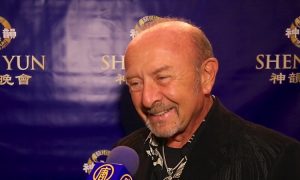 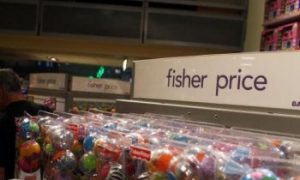 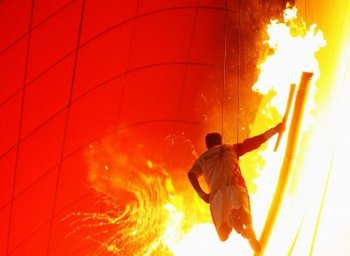 Chinese gymnast Li Ning lights the Olympic Flame during the Opening Ceremony for the 2008 Beijing Summer Olympics at the National Stadium on Aug. 8, 2008 in Beijing, China. (Julian Finney/Getty Images)
Opinion

Epoch Times Staff
Print
China’s most celebrated gymnast seemed to reach a peak of success when he flew across the Bird’s Nest Stadium to light the Olympic torch in the opening ceremony for the Beijing Olympics in August 2008. A little over two years later the business affairs of Li Ning, the man known to everyone in China as the “prince of gymnastics,” were in shambles.

Li worked to bring the Olympics to China. In 2008, the CCP state media Xinhua carried an article describing how Li’s company was an enthusiastic sponsor during Beijing’s application to host the Olympics. As a former Olympian medalist—he won three gold medals, two silver medals, and one bronze medal in the 1984 Olympics—his support had special significance.

The Beijing Olympics were not just about sport, though. Prior to the awarding of the Olympics to China a several-years-long propaganda effort had begun that was aimed at making the case to both domestic and foreign audiences for the legitimacy of the rule of Chinese Communist Party over China.

The scholar Anne-Marie Brady in an article in The China Quarterly describes this as a “campaign of mass distraction: a propaganda campaign designed to mobilize the population around a common goal, and distract them from more troubling issues such as inflation, unemployment, political corruption and environmental degradation.”

Brady also tells how the Olympics were meant to introduce onto the world stage a “new brand” for China, one that would shift international perceptions of China away from images such as those related to the Tiananmen Square massacre.

The climax of this propaganda effort was the Olympic opening ceremony, and the dramatic highpoint of that ceremony was Li Ning lighting the Olympic torch.

Li retired from gymnastics in 1988 and started a business that soon became the number one brand name of sportswear in China, Li Ning Company Limited.

Before the Beijing Olympics, Li’s sportswear company had done well: By the end of June 2008, the company’s net profit had increased 68 percent compared to the same time in the previous year.

Since his moment in the Olympic spotlight, the businesses owned by Li have lost hundreds of millions of dollars in value. The Wall Street Journal reported that two days after Li lit the Olympic torch, on Aug. 11, 2008, the stock price of Li Ning Company Limited tumbled 26 percent.

The stock price of Li Ning Company Limited plummeted further on Dec. 20 and 21, 2010, and the value of the company shrank 4.9 billion yuan (approximately US$720 million).