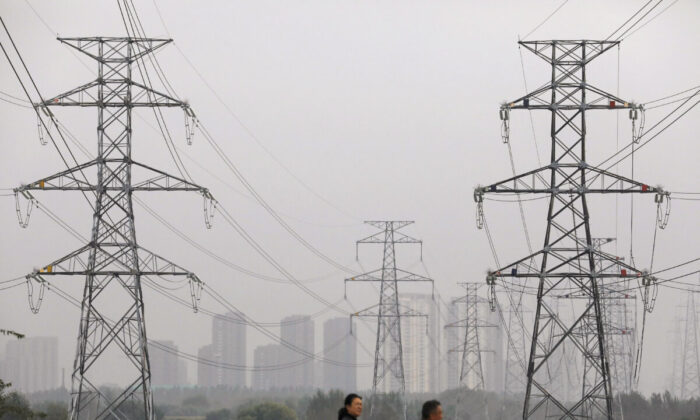 Widespread power cuts and rationing in China might quickly push the country into a position where inflation is “difficult to control”, an economist has said.

Power shortages in China have resulted in the price of electricity rising sharply and power supplies to some factories being capped. Independent economist Jiang Hao told Radio Free Asia that due to such shortages, the price of industrial products will rise, and prices of downstream consumer products will inevitably increase as well.

This vicious chain reaction may trigger inflation, “because inflation can self accelerate. The accelerating trend is difficult to control once inflation expectations are formed,” he said.

The Wall Street Journal reported that power rationing started to hit households in the northeast where they have had sudden blackouts beginning mid-September.

A few days ago, the China Coal Industry Association issued a notice expressing concerns about energy supplies in relation to the coming winter.

The reason for China’s power problems is linked to a shortage of coal due to restrictions on imports of Australian coal.

China’s electricity has relied on imported thermal coal for coal-fired power generation of which Australia was the main source. However, since the end of 2020, Beijing halted imports of high-quality and low-cost coal from Australia due to that country’s public backing of an independent inquiry into the origins of COVID-19.

Consequently, China has had to find alternative sources which have contributed to local coal shortages while increasing prices of imported coal.

One response has come from Russia which agreed to increase power supplies to alleviate power shortages in China’s northern provinces, but the costs of such may be passed on to consumers.

China’s shortage of coal has also caused international coal prices to soar with even the most polluting lignite “brown coal”—mainly produced in Indonesia—soaring to $110 -$120, compared to only $20 to $25 per ton in the same period last year.

Such power supply issues are expected to further aggravate China’s other economic troubles including those in the residential construction sector.