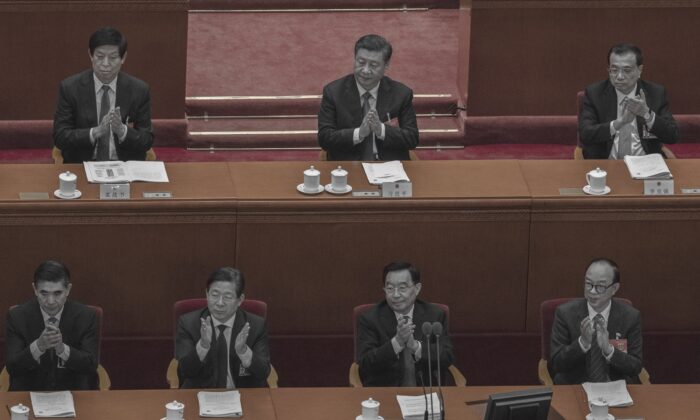 The Chinese regime released the summary of its plenary session on the afternoon of Nov. 16, five days after the session ended, a near-week delay that is uncommon for the publication.

Scholars commented that ongoing struggles between factions within the Chinese Communist Party (CCP) caused the delay. Though the Chinese regime is a one-party dictatorship headed by Xi Jinping, groups of senior officials and generals who are loyal to previous leaders are challenging his rule.

Scholars are divided on whether Xi will be able to maintain his position as a lifelong ruler. If he does hold power, he may not be able to control the regime the way he wants.

“Xi Jinping wants to be the second Mao Zedong,” Feng Chongyi, a professor on China studies at the University of Technology Sydney, told the Chinese edition of The Epoch Times on Nov. 16. Mao headed the CCP until the end of his life and has been idolized in modern China.

Yet, while Mao had widespread support from his followers, Xi has no shortage of enemies. “The officials, who are loyal to [former CCP leaders] Jiang Zemin and Hu Jintao, are in strong opposition and are trying their bests to prevent Xi’s next possible term.”

“It’s not confirmed that Xi Jinping can take another term,” Lee Yeau-tarn, a professor at the Graduate Institute of Development Studies at National Chengchi University, told the Chinese Epoch Times. “Before the 20th CCP rubber stamp conference, his priority is fighting his political opponents.”

However, U.S.-based China affairs commentator Tang Jingyuan told the Chinese Epoch Times on Nov. 16 that the content of the plenary’s summary portrayed Xi in a positive light. Tang said this is the road being paved for Xi’s third term in 2022.

“From the content summary confirming CCP former leader Deng Xiaoping’s achievements, I feel Xi made compromises with his political opponents in which he agreed to change the current CCP’s power structure,” Tang said. “He agreed to give some powers to the opponents.”

Deng was Mao’s successor. He limited the Chinese leader’s term of office from lifetime to two terms, which totals 10 years.

The CCP holds the plenary session every year. The sixth plenary session, which was held from Nov. 8 to Nov. 11 in Beijing, was characterized as struggling.

In the plenary’s summary, the CCP announced that it is facing “a more and more complicated and difficult environment out of China, and extremely heavy and hard tasks to control the COVID-19 pandemic and develop the economy and society inside China.”

On Nov. 8, the first day of the plenary, the CCP’s mouthpiece People’s Daily published a front page editorial, citing corrupt officials as one of the CCP’s challenges. The article quoted Xi as saying, “There’s no ‘iron-cap prince’ when it comes to anti-corruption.”

Iron-cap prince is a Chinese term to describe officials who have so much power that they are never held accountable for their actions.

The People’s Daily further quoted Xi as saying, “The corruption is getting worse and worse, and will definitely disintegrate our party and our regime in the end.”

Some scholars believe that this People’s Daily editorial as well as the delay of the plenary’s summary, which needed to be approved by all attendees, show that the CCP’s factional struggling is intensifying.

“Xi worries far more about the political conflicts than the Chinese people’s livelihood and foreign affairs,” Lee said. “Any intensified conflicts will worsen the factions’ strugglings.”

The Chinese regime is facing a wide range of difficulties. It has several interests such as: the U.S.–China trade dispute; the South China Sea’s sovereignty disputes with over a dozen countries; unifying the de facto independent country Taiwan; changing the free Hong Kong to a communist city; suppressing Tibetans, Uyghurs, Mongols, and Chinese dissidents; controlling Chinese people’s beliefs; maintaining its power in China’s turbulent society; surviving from the recession economy; and clamping down on Chinese people’s freedom.

“The Chinese regime is more and more isolated in the international community,” Yen Chien-Fa, deputy executive officer of Taiwan Foundation for Democracy, told the Chinese Epoch Times on Nov. 11. “Not only the United States, the whole world is against it.”